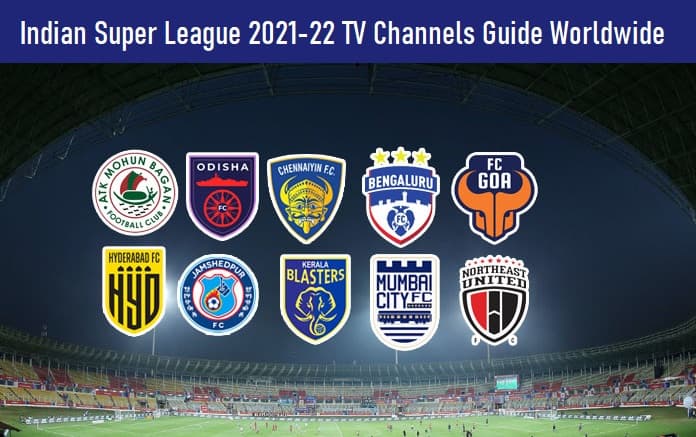 In India, now many efforts are being made to give priority to the football game and to promote the game, due to which the youth are now showing interest in the game of football. Indian Super League was started so that the game of football in India to Importance should be given and the team here also plays football at the international level, in such a situation, football competition is also being promoted on the lines of Indian Premium League so that the youth participate enthusiastically in this game. Check Indian Super League ISL 2021-22 TV channels Guide.

After the formation of the Indian Premium League in 2013, many football teams from different states of the country are participating in it and now the game of football is being liked a lot in India, every year new teams are also selected in this premium league. Due to this now teams from many states of the country are coming out to play football, in this way the game of football is being taken to a new dimension in India.

The New Edition of the Indian Super League is starting on 19 November 2021 while end on 22 March 2022. So check out the TV channels guide below, where to watch worldwide.

If you are in Australia USA then you can watch live Indian Super League on the Fox Support channel.

Canada is a country where many Indian people live, if you want to watch the football match of this league from Canada, then for this you can watch CBN, ATN Cricket Plus, ATN Punjabi Plus, ATN Bangla channel, here you can watch your favorite match. can watch live.

If you want to watch your favorite sport from places like South-East Asia / Continental Europe etc., then you can watch it live on the Eurosport channel.

If you are in a location in Sub-Saharan Africa and want to watch live Indian football games in India on TV, you can turn to several channels on TV, mainly Fox Sports/Zuku & Supersport.

UK / Europe / Africa and you want to watch a live football game in India on your TV set then you can watch the STAR Gold channel.

Middle East/North Africa and wants to watch the Indian Super League on TV at home then he can watch the OSN channel on TV.