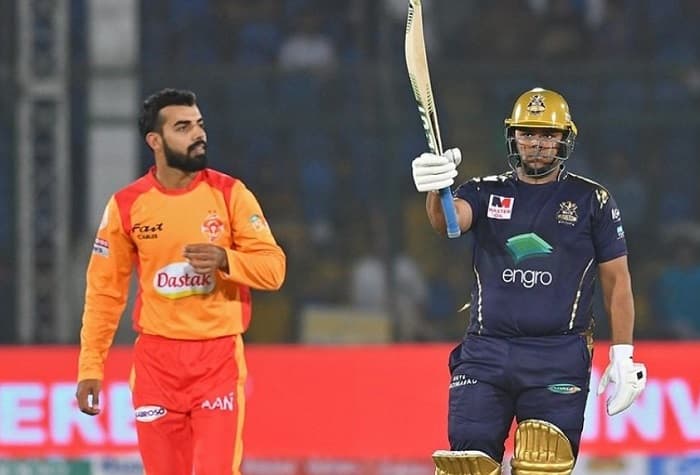 Islamabad United vs Quetta Gladiators will play the 18th Match of Pakistan Super League 2021. Sheikh Zayed Stadium, Abu Dhabi will host the match. The live telecast and streaming of the Pakistan Super League 2021 are available globally. Currently, Quetta Gladiators Standing at the last position, while Ismalabad United standing at the 3rd Position in PSL 2021 Points Table.

The Live Score of Islamabad United vs Quetta Gladiators will be available on the Page.

The official Website of Pakistan Super League 2021 will provide the live scorecard of PSL 2021. You can also visit HBL Pakistan Super League 2021 facebook p[age to watch digital live streaming. It will make an easy to access for the viewers. Sony Liv will provide online live streaming of PSL in India. The live telecast of the upcoming match will kick off at 9:30 PM IST in India. In Paksiatnit will kick off at 9:00 PM.

Pakistan Super League (PSL) 2021 LIVE: How & Where to Watch Online in India? or on TV channels List