The hitters from New Zealand, led by Kane Williamson, hammered Pakistan for the whole of day three in Karachi. However, the hosts came back in the final 30 minutes to split the victory for the day. New Zealand concluded the day with a score of 440 for 6, two runs more than Pakistan’s first-inning total after starting the day at 165 for 0.

With two days remaining in the match and a challenging ground to navigate, Pakistan held the advantage at the stumps. Williamson scored 105 to end the day without losing. Daryl Mitchell and Tom Blundell helped him out, and even though neither of them reached even a half-century, their aggression allowed Williamson to subtly increase his total.

Tom Latham reached his 13th Test century the next morning by adding to his overnight total of 78. Mitchell entered the game at No. 5 in the middle session and promptly scored 42 runs in 47 balls. He began his boundary-scoring with a reverse sweep before moving on to more traditional strokes in the V.

In contrast to Mohammad Wasim, who took the brunt of even greater aggressiveness by hitting four boundaries in as many deliveries, Nauman Ali was blasted for six and four down the ground. On the other hand, Blundell was a far less confident figure at the crease. Coming down the track to the Pakistani spinners Nauman and Abrar Ahmed, who bowled together for lengthy stretches throughout the day, he rode his luck.

After tea, the New Zealand No. 6 took the initiative and focused most of his boundaries on the leg side. The left-arm spinner’s ability to flip the ball across him resulted in several leading edges and sliced smashes that went to the off-side instead. One such shot occurred while he was on 41 and had two fielders attempting to take a catch but neither committing to it.

Finally, Pakistan did not suffer much as a result of the lost Blundell opportunity as the wicketkeeper-batter was out for 47 off Wasim’s reverse-swing late in the day. Earlier in the day, Nauman produced more opportunities. His statistics would have looked far better than 2 for 137 if they had been converted, and Pakistan may have been in complete control of the Test match.

When the batsman was on 15 and 21, he bowled wonderfully to induce mistakes from Williamson, but Sarfaraz Ahmed was unable to complete the stumping both times. To be fair to the wicketkeeper, those were a little bit difficult opportunities.

Following Devon Conway’s removal for 92 in the sixth over of the day, Williamson came into the game to bat for the first time since relinquishing the Test leadership. Conway was out LBW to Nauman after a 183-run opening partnership with Latham, stranded inside his crease on the back foot.

Umpire Aleem Dar initially ruled Conway not out, but the judgment was reversed after a review. Williamson was still getting his bearings when Latham sped to his 13th Test century early in the morning. His century surpassed John Wright’s 12 to set a new New Zealand record for most hundreds by a Test starter. 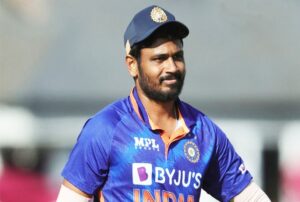