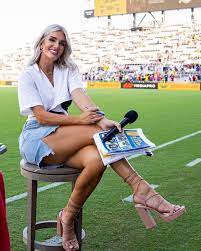 Kaylyn Kyle was born in Canada, on October 6th, 1988. She grew up in Saskatchewan, and graduated from high school at Holy Cross Catholic School in Saskatoon.

Kaylyn Kyle is an established international soccer player and has played at the FIFA Women’s World Cup and summer Olympics.

Her father Doug was a hockey player and her mother Pat played volleyball. Her older sister Courtenee also played soccer. We don’t know much about her parent’s names, but we will update the information when it becomes available.