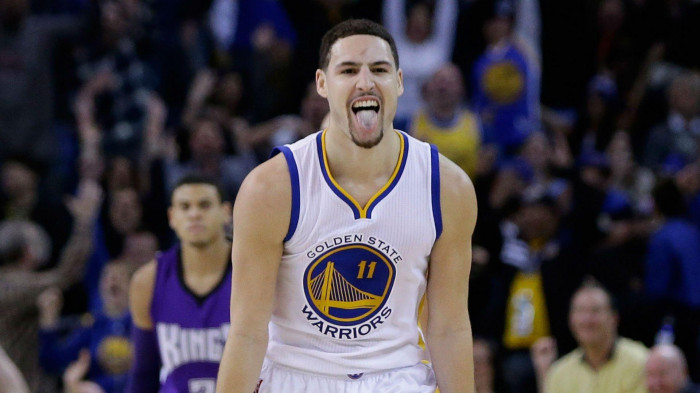 Klay Thompson, NBA star is reportedly dating the LA Lakers Ex-Fiance. The star  NBA player Klay Thompson is already collecting victories since he started very strongly by winning the 2022 NBA Championship. The star shooting guard of the Golden State Warriors was ready to hit the gym even before the NBA finals started. Two days before the NBA finals he started to hit the gym as he continued to get better. Not only on the court he is trying to score his points off the court as well. According to reports, he is currently dating Laura Evie  Kristine.

Sources claim Klay dropped a girl off at LAX

After winning the 2022 NBA Championship according to the reports he is making the right moves to get another one in his personal life. It’s been a long time since Klay has been with anyone or made his relationship official with any partner. Looks like it’s going to be changed soon. This Splash brother who last dated actress Laura Harrier is ready to move on.

According to the reports by SideAction, Klay was seen with Darius Morris, former Lakers players’ ex-girlfriend Kristen Evangeline or Evie Kristen. According to their sources, he was seen dropping a girl at LAX this weekend, and rumors of them dating are making rounds.

Kristine has been involved in some controversies last year with Morris after it was reported that the player has been beating her.  Things were very serious and she was not ready to talk about her ex-boyfriend. It’s good to see that she is ready to move on just like Klay. He has been living his best life right now. The guard came back in action last season with the Golden State Warriors to help his team become the best in the league once again. He did a great job and it was a perfect comeback for him. He would like to continue the momentum for the next campaign.

According to the Instagram activities of Kristine, she attended the 2022 western conference finals. So, they might be dating or knowing each other since then.