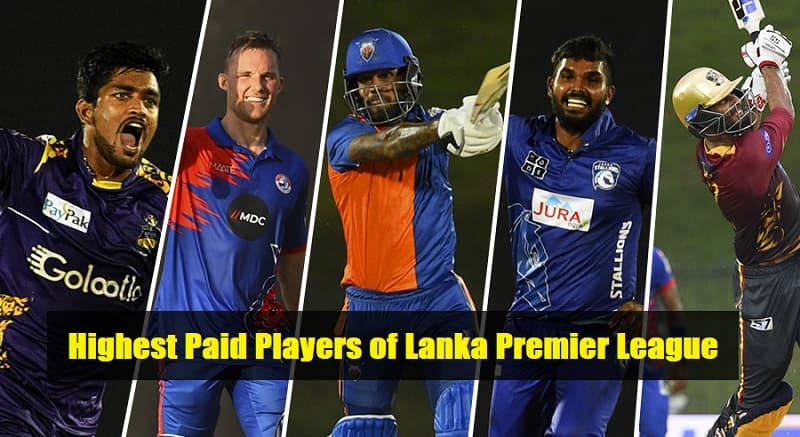 The Lanka Premier is a Sri Lanka professional cricket league in Twenty20 format, the league started in the year 2018 but after one year there was a huge COVID-19 pandemic situation due to which matches were delayed. Check LPL Players Salary and Highest-Paid Players of Lanka Premier League.

But LPL is all set for their new upcoming match and they will give their best in matches. There are many teams and players that participate and each player has a different contract and rankings according to their performance.

LPL also offered some new players in their team to make it strong who work hard and give their best. So now let us check out the complete details about Lanka Premier League (LPL) Players salaries as per Timesnownews.com.

In the below mention table, there are many players who have been ranked and have different salary contracts which are for four years and after that either they can renew it or end it. So let’s check out the complete details about players.

In the T20 league top players like Shahid Afridi, Irfan Pathan, Angelo Mathews, Andre Russell, Thisara Perrera, Dale Steyn, Lendl Simmons have been retired for International cricket but still manage to have skills in T20 and give the best competitions.

They are also an expensive player where they approximately earn 18 lakh to 44 lakh INR from each match and their income keeps on growing. And we all know that cricketers are paid more than any Bollywood or Hollywood celebrity and they live their luxurious life.