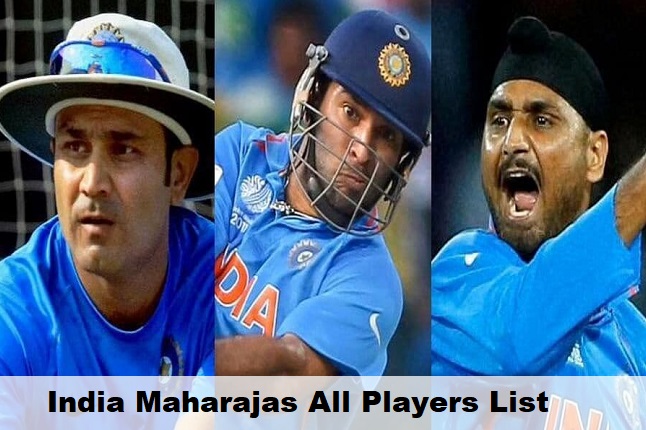 Legends League Cricket is going to start their very first nine-day edition tournament in which three teams are going to participate in it. The winner will award a trophy and all the matches are going to be very exciting and entertaining to watch. Check India Maharajas All Players List.

The Legends League cricket is all set to begin from 20th Jan To 29th 2022 at 8:00 pm IST, the match is going to take place at Oman Cricket Academy Ground in Muscat. So now let us check out the complete details about Legends League Cricket 2022: All Players list of India Maharajas.

As said there are three teams participating in the tournament and the three teams are India Maharaja’s, Asia Lions, and World Giants. There are many old and best players of the era ’90s like Sachin Tendulkar was expected to be a part he pulled off.

However, there are other players of back time who are retired or with some other, they are going to bring their passion and energy back to the game.

Virender Sehwag is going to captain India Maharajas in the opening edition of the T20 league of Legends League Cricket which will start on Thursday. Sehwag has already been lead the team Delhi Capitals and many more others and he is all set for this one.

The fans are waiting eagerly for this tournament as they are going to see their favorite team playing in the tournament and they can cheer or vote for them. You can catch out the live streaming on Sony Ten 1 channel where the broadcasting will be done.