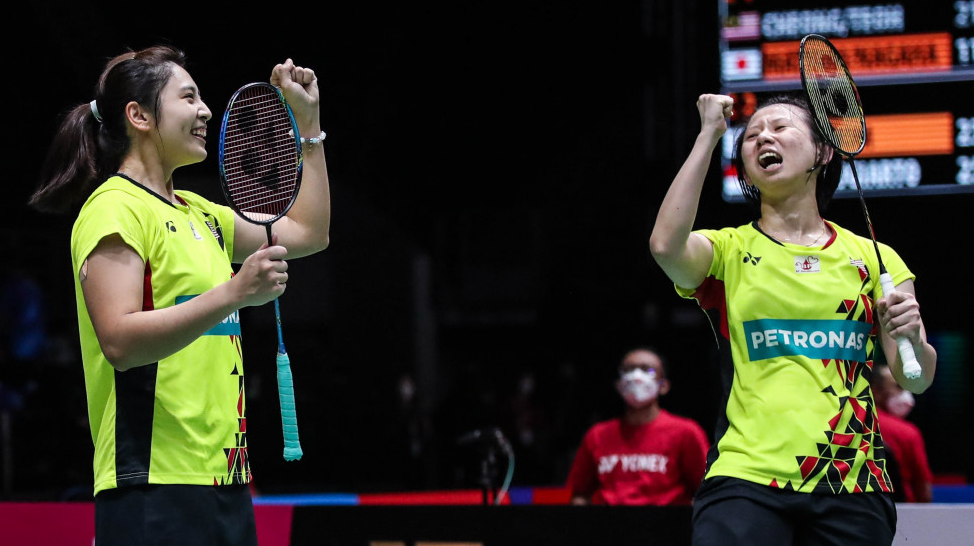 The Malaysian National Badminton team has been on a roll lately. Anna Ching Yik Cheong and Teoh Mei Xing have not just won two international competitions in two weeks, but their victory against reigning Olympic champions from Japan and China speaks loudly about their pedigree as a team. Their mental switch helped them break the foreigners down, as they managed to surprise the world after losing to them in their first match.

In order to not be affected by the world No. 37 duo’s losses, Mayu Matsumoto/Wakana Nagahara fell in 2 straight sets with NOA last week after winning the previous day.

In their previous games against the UBC team, they weren’t mentally strong when they lost their points. This time, when they took one or two points, the players didn’t break and focussed on getting back into the game. There was a mental breakthrough and this is what pleased the coach more, said Teoh Mei Xing.

Mei Xing Teoh said, “When we got closer to winning, it was just unbelievable,” she added. “After that, we did win and we were comfortable throughout the match.”

However, the world No. 6 Japanese only led most of the match, followed by a troublesome battle considering their weak left-right and power. The only time they threatened to catch up was in the middle of the second half when they narrowed a six-point gap to almost draw level, but the Malaysians closed it out 21-11 21-15.

Anna Ching said that the team was worried that they might not have been able to perform well against them today. They told Anna, who is currently the leader of the Chinese women’s curling team, that they thought about what went wrong the last time and tried to go as far as they could against the Canadian team again.

It was a good day for the couples in women’s doubles, with Thinaah Muralitharan and Pearly Tan finishing their second round draw by beating world No. 2 pair Yuki Fukushima/Sayaka Hirota.