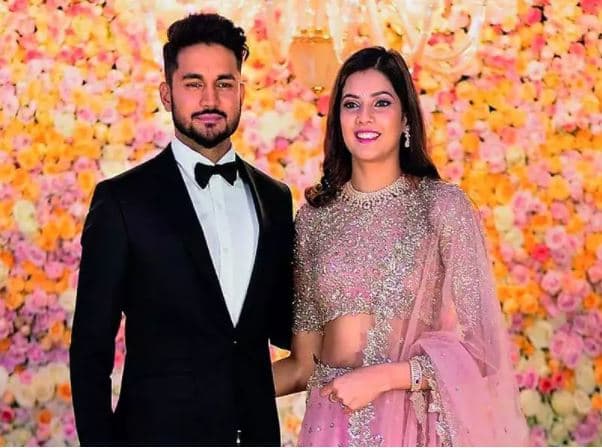 Manish Pandey is an Indian International cricketer born on 10th September 1989 in Nainital, Uttarakhand. He made his debut for India in 2015 in an ODI match against Zimbabwe. Since then, despite being talented and Scoring tons of runs in domestic cricket he has been in and out of the Indian team. In IPL he plays for Sunrisers Hyderabad and will be forever be remembered as the first Indian player to score a century in IPL. Manish has been in limelight throughout his career and has a good brand value. Since his early days, there was hype around him as a talented player and that has made him a pretty popular figure among cricket fans. He was also part of the Indian U-19 world cup winning team in 2008 and has scored loads of runs in the domestic circuit. So Check Manish Pandey Net Worth In 2021.

Manish Pandey Net Worth In 2021

As Cricket is a highly popular sport in India and generates a lot of money, the cricketers in the country are quite affluent financially and Manish is no different. As an International Cricketer and a highly popular one, Manish is handsomely paid and he has multiple sources of income and his estimated net worth is around $ 7million which is around 51 Crore Indian Rupees.

TOTAL NET WORTH IN 2021: All this and other investments made by Manish Pandey makes his Net worth around 51 crores, and it may increase or decrease in the future according to his performance and other ventures in his life.

Let’s try to look at how and from where Manish Pandey earns his money:-

Manish Pandey receives per match fee for International matches as 15 Lakhs for Test, 6 Lakhs for ODI, and 3 Lakhs for every T20I. If he doesn’t make it to playing 11 then he will receive 50% of match fees. There are also performance-based bonuses. He can receive an additional amount if he gets man of the match or series or other benefits.

Indian Cricketers are very popular and influential in India, this makes them a hot property for brand endorsements. Manish Pandey though doesn’t promote many brands, his per endorsement charge is estimated to be around 1 Cr.

Apart from this, Manish is sponsored by Gary- Nicolls, a popular bat manufacturing company.

IPL has changed the face of Indian Cricket both financially and in terms of bringing out talent on the big stage. Manish Pandey has also been a consistent performer in IPL over the years. Apart from scoring the first century as an Indian in 2009 IPL, he has scored runs consistently for different franchises. Currently, he is playing for Sunrisers Hyderabad who purchased Manish Pandey for the whopping amount of 11 Crore INR in 2018 by Sunrisers Hyderabad. Apart from per season fees, Manish receives an additional bonus amount for his performance on the field in IPL.
There are also many endorsements which Manish does for his IPL franchise being one of the senior and top Indian batters in the team.

Apart from IPL, Manish is also paid 2 Lakhs rupees for playing in KPL by Belgavi Panthers.

Along with this, Manish has also invested in various real estate properties all over the country.