On Wednesday, January 18, the Sydney Thunder and Melbourne Renegades will face off in Match No.47 of the Big Bash League (BBL) 2022-23. The Manuka Oval in Canberra will host the match. After a terrible start, the Thunder, led by Chris Green, once finished second in the table. However, they are now sixth in the table, ranking sixth with 10 points and a net run rate of -0.423.

This is yet another sign that they are falling down the hierarchy. They can once again move into the top four with a victory. They will enter the match having been defeated by the Hobart Hurricanes by five wickets. The Hurricanes chased the Thunder’s 136-run target with 23 balls remaining after batting first.

With 12 points and a net run rate of +0.010, the Renegades, led by Aaron Finch, are third in the table. After a break of five days, they will be back to secure their position in the top four of the table. They are under siege from the Thunder, Hurricanes, and Adelaide Strikers. They will enter the game having defeated the Melbourne Stars by six runs.

The Renegades scored 162 runs while losing seven wickets when they batted first. Out of 36 balls, Sam Harper scored 51 runs. The Stars were then limited to 156 for seven.

The team batting second has benefited most from Canberra’s pitch, and even in the subsequent game, the chasing team may have a significant advantage.

Prediction: The team batting second to win the match.

A month ago, the venue hosted the tournament’s opening match, which ended up being a one-sided affair. After chasing 123, the Thunder won the match by one wicket. A low-scoring game appears to be on the horizon, and batting second should be the way to go.

At the beginning of the match, there is a 23% chance of rain, which could cause a brief delay. The humidity will be in the 60s, and the temperature will be around 16 degrees Celsius. 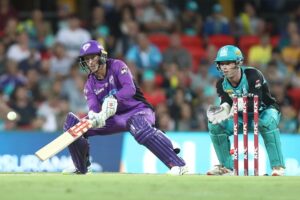 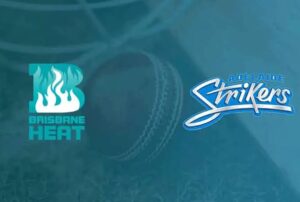