The International Cricket Council revealed the specifics of its broadcast plans for the ICC Men’s T20 World Cup 2022, including the lineup of the commentary team that would offer professional insight when the competition takes place in Australia from October 16 to November 13, 2022.

The ICC Men’s T20 World Cup 2022 will be broadcast live on ICC TV, and licensees will have access to a global feed service. This will consist of a pre-game show, an intermission filler, and a post-game wrap-up. More fans than ever before will be able to watch the game thanks to a celebrity-studded commentary team.

Each match will be televised live across the world by the ICC’s global media partner Disney Star and its licensees. The English global feed for all games will be shown on the Star Sports network in India. Star Sports will broadcast the competition in Hindi, Tamil, Telugu, and Kannada in addition to the global stream, and internet portal Disney+ Hotstar will host each match live.

All games will be broadcast live in Australia, the host nation, on Fox Sports and Kayo. Australia matches and a few other matches will also be available on Nine, 9GEM, and 9Now. In the meanwhile, Sky Sport in New Zealand will broadcast live coverage on its conventional channels and the Sky Go app. Cricket fans in the USA can watch the action on Willow TV, which will also be broadcasting in Canada, and on the ESPN+ app. Live coverage will be available in the UK on Sky Sports’ Sky Sports Cricket and Sky Sports Main Event channels, which are also accessible via subscription on the NOW and Sky Go apps.

The ICC Facebook and Instagram accounts will once again offer non-live digital coverage, including five-minute highlights available worldwide and in-play clips and highlights on the Indian subcontinent. In addition, short-form in-play and highlights videos will be shown by BBC Sport (UK) and Spark Sport (NZ). 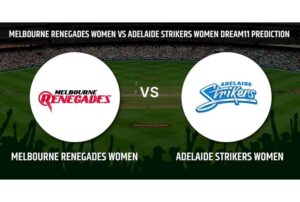 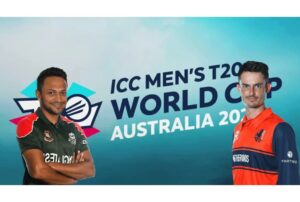 How To Watch Gazi TV Live For Bangladesh vs the Netherlands, 17th Match 2022 In Bangladesh Cristiano Ronaldo bets on World Cup to restore the reputation