Today the 56th match of IPL 15 will be played between Mumbai Indians and Kolkata Knight Riders from 7:30 pm. The match will be held at DY Patil Stadium, Mumbai. Mumbai is at the bottom of the points table. They have played 10 matches and won just two and have a net run rate of -0.725.

Kolkata Knight Riders have played 11 matches and have won four. The net run rate of KKR is -0.304. The doors of the playoffs for Mumbai are closed and Kolkata will hardly qualify now.

Tim David batted brilliantly for Mumbai Indians in the last match. He can replace Kieron Pollard in the playing XI of MI in the coming times. Rohit Sharma and Ishaan Kishan’s bat was in full color. Both gave a great start to the team.

The team sees its future in youngster Tilak Verma and he may play the most important role in Mumbai’s middle-order next year. In the match against Kolkata, Mumbai will try to test the bench strength.

Nothing is going well with Kolkata Knight Riders this season. The result is that the players do not see their place secure in the playing XI. This is the biggest reason for the poor performance of the team.

The team should have won the match against Lucknow but the whole match changed in the 19th over of Shivam Mavi. Stoinis and Holder’s 5 sixes converted the target of less than 150 to the target of 177. In front of the big target, the team’s batting faltered badly and KKR lost the match by 75 runs. 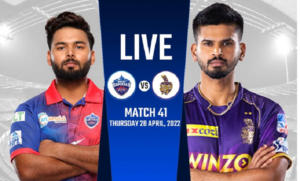 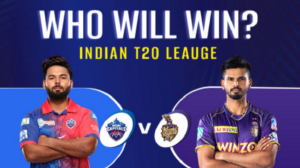