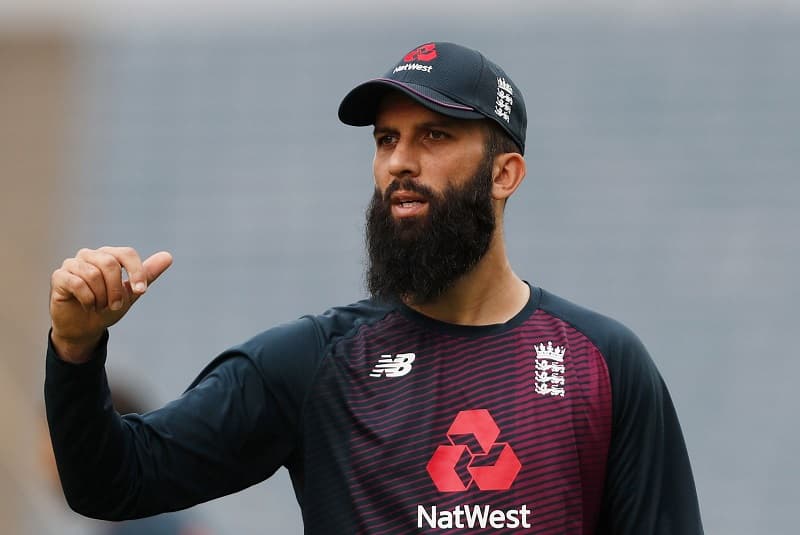 Moeen Ali is a player of England and in IPL nowadays he is playing for Chennai Super Kings, according to his age he is pretty well in all matches. Check Moeen Ali Net Worth, IPL Salary, England Cricket Contract, Biography, And A Lot More.

He is a left-hand batsman who won Warwickshire’s NBC Denis Compton Award in 2004 and 2005 year respectively, he is also awarded as Cricketer of year in the year 2015,

In September 2021, Ali announced his retirement from Test cricket, this is a big loss for the English team.

Now in this article, we tell you and everything about this cricketer. His personal life, his cricket carrier, his net worth, and much more.

First, we start this journey with his IPL carrier Jan 2018 is the day when Moeen started his IPL carrier with Royal Challengers Banglore his base prize is 1.5 crore but he opts for 1.7 crores.

Ahead of 2021 he gets a release from RCB and then Chennai Super Kings chooses him at £700,000 and he is playing pretty well with this franchise.

Apart from IPL in 2019 he also participate in PSL Pakistan super league in this league he is playing from Multan Sultans.

Moeen started his test debut against Sri Lanka in Jun12, 2014 as we know he take retirement from the test so at last, he play against India on 2 Sep 2021.

If we talk about his ODI Debut he started on 28 Feb 2014 against West Indies.

He is a batting allrounder but he is also marvelous in bowling, so in this, we tell you each and every stat of this player.

If we see his balling performance then he play 64 matches and took 195 wickets at an average of 36.66.

If we see his balling performance then he play 112 matches and took 87 wickets at an average of 50.85.

If we see his balling performance then he play 38 matches and took 21 wickets at an average of 32.57.

Moeen Munir Ali is born on 18 June 1987 in Birmingham, West Midlands, England he is 34 years old.

His net worth is $8 million (INR 58 crores), his salary is INR 7 crore source of income is endorsement with the brand.

Moeen’s height is 1.83 meters, he marries Firoza Hossain at age of 21 they both have 2 kids.