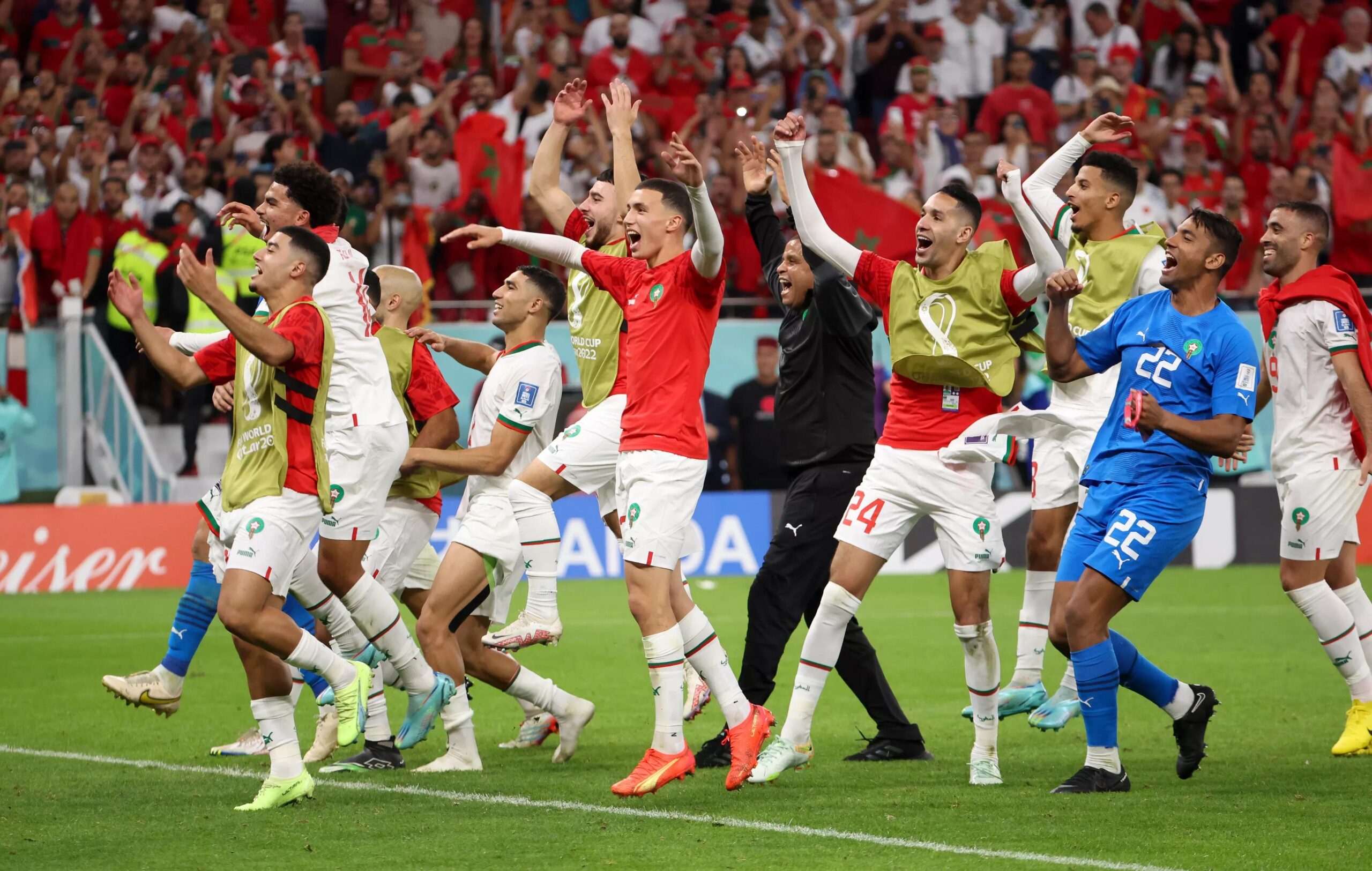 Tuesday’s match ended in a 0-0 draw, and Morocco defeated Spain on penalties to go to the World Cup quarterfinals for the first time ever.

Achraf Hakimi, a Spanish-born player, converted the go-ahead penalty kick after Spain missed all three of their chances. Hakimi, a former Real Madrid junior player, confidently buried his penalty beyond Spain’s Unai Simon to give Morocco a 3-0 victory in the penalty shootout.

Spain had the most of the ball for the whole game plus the overtime, but their clear chances against Morocco’s tenacious defence were few and far between.

The biggest shock of the competition has been Morocco, who will next play either Portugal or Switzerland.

The first team from outside of Europe or South America to reach the final eight is Morocco. It is the only Arab and African country still competing in the competition.

Spain had high hopes of repeating their World Cup victory from 2010, but after making it to the semifinals of Euro 2020, where they were likewise defeated by Italy on penalties.

The teams were evenly matched throughout the nail-biting contest, with Spain holding the majority of the possession while Morocco, despite having less opportunities, created the better openings.

After the team’s shocking loss to Japan, Luis Enrique tried out Marcos Llorente, his third right-back of the competition, and replaced Alvaro Morata on the bench with Marco Asensio.

While their team was out of possession, Morocco’s supporters yelled angrily while Spain had the ball.

Morocco, the final remaining African and Arab team in the first World Cup ever held in an Arab nation, received a lot more support than Spain did.

They resembled the away team in a hostile environment because La Roja was playing in a light blue second uniform.

Gavi performed admirably, becoming, at the age of 18 years and 123 days, the youngest player to begin a World Cup knockout game since Brazilian legend Pele in 1958.

At his most aggressive, the Barcelona midfield terrier slammed into challenges left, right, and centre and even dove to make one with his head.

Despite being offside, Yassine Bounou, the goalkeeper for Morocco, deflected a Gavi shot onto the crossbar, and Asensio fired a shot into the side netting despite Spain’s lack of offensive activity.

Unai Simon turned aside a long shot from Noussair Mazraoui as Regragui’s team sat deep defensively and threatened on the break.

In the extra period, Morocco came back with stability and tested Simon, who produced a fantastic leg save to stop Walid Cheddira when he broke in down Spain’s left flank.

Pablo Sarabia may have been offside, but Spain applied strong pressure to the Sevilla goalkeeper in the final seconds before penalties but were unable to trouble him again.