Namibia become a threat for Team India in T20World cup 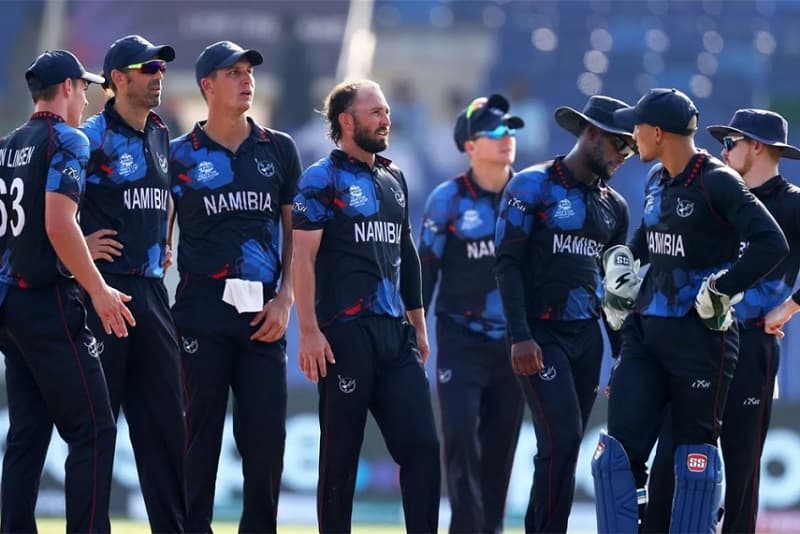 In the ongoing ICC T20 world cup Namibia team is playing pretty well because of which they travel from the qualifier round to super 12 in this world cup.

In their first match of super 12, they play against Scotland and won that match with their amazing batting and bowling lineup.

With help of this victory, Namibia is in a higher position than India and New Zealand. On other hand, India lost its first match against its rival team Pakistan,

In Group 1 England is on top in the points table, lastly, they defeated Bangladesh which is a second consecutive win.

In this way Namibia become threat for India

Namibia first wins the toss and chooses to bowl first and this decision is right. bowler of this team prove their performance they restricted Scotland at 109 runs in 20 overs.

In reply, Namibia easily achieved the target in 19.1 overs for the loss of 6 wickets.

After this win, Namibia has secured third place in the points table.

Whereas India and New Zealand have suffered heavy losses in the points table after their defeat. At present, New Zealand is in fourth place and India is in fifth place.

At the same time, with two consecutive wins, the Pakistan team still remains at the top of the points table in Group 2.

England is on higher position in Group 1

In the first match of the day, the England team defeated Bangladesh by 8 wickets in a one-sided match. With this win, England got their first place in the points table.

While Bangladesh has slipped to fifth place with their first defeat in the tournament. At the same time, after two consecutive defeats in two matches, defending champion West Indies are present at the bottom of the points table.

The next match which is playing on 31st Oct is going to do or die match for India and New Zealand, because of which both teams try to secure there position in this tournament.