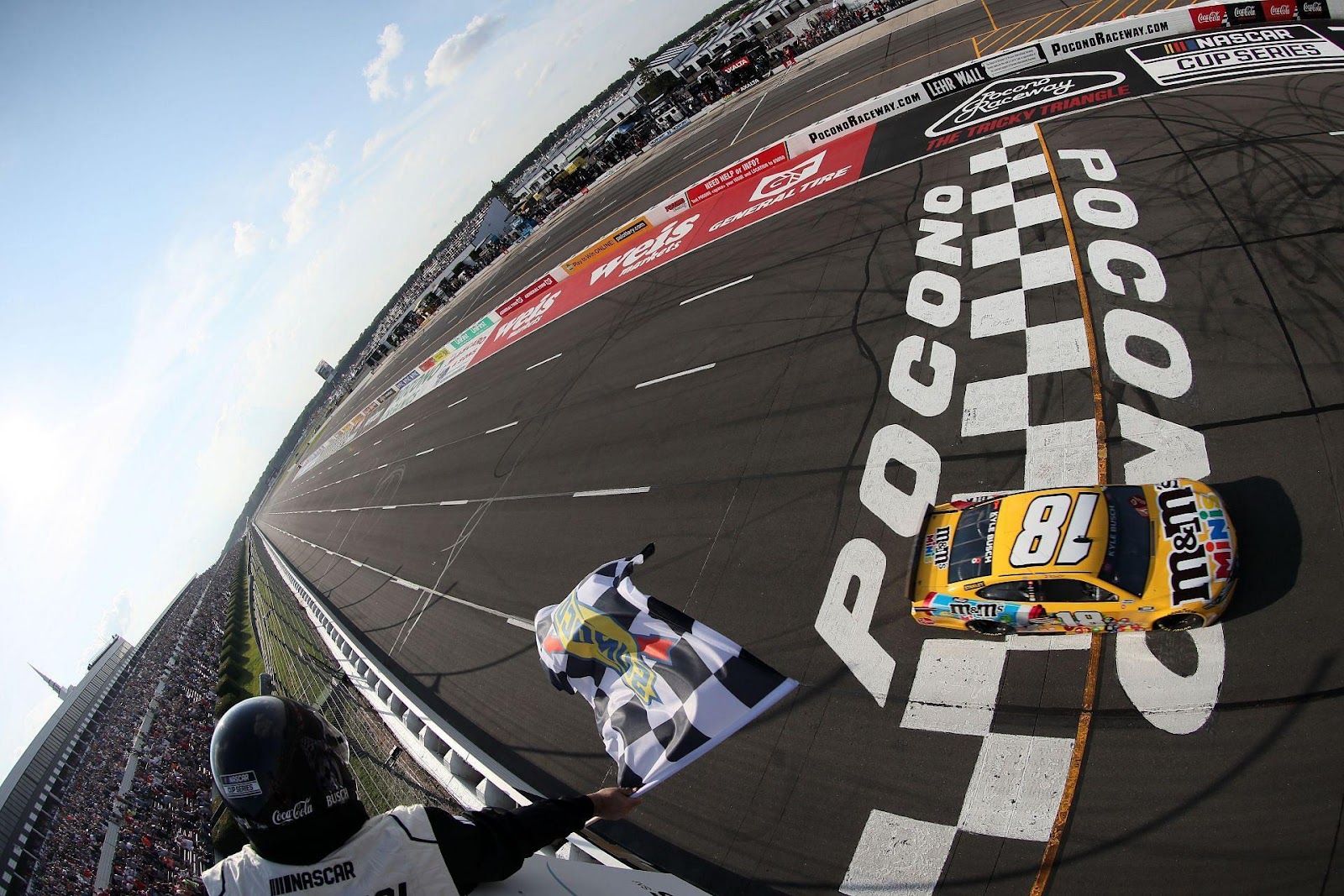 NASCAR Cup Series at Pocono: The Pocono Mountains in Pennsylvania remain the ideal place when summer is at its peak in the northeast. Nature blessed this place with enormous beauty.

What will you watch?

They remained in third and fourth in points. It shows a chance to compete in the regular season championship. Still, the spots are not assured for them in the playoffs yet. One among them can make it into the list if a winner emerges from below the cutoff line.

The pressure is at its peak on both Blaney and Truex. Both are targeted to detect Victory Lane soon.

In 2020 and 2021, NASCAR tried double-header weekends. None of the races were disappointed. Kyle Larson blew a tire. He crashed at the time of leading the final corner of the Saturday race.

Kyle allowed Alex Bowman to bag the victory. On the next day, Kyle Busch scored a remarkable victory.

He led the front despite having a transmission problem. This problem stuck him in fourth gear but he succeeded.

Pocono is back this year to host a single, 400-mile event. It will again display the return of conventional strategies.

The history of Pocono speaks about strategy which came into play. There were races decided based on fuel mileage or races.

In recent times, the launching of stage racing gave an extra element of strategy.

Teams now may need to choose between:

Highlights of the second race of 2021 are attracting more importance this year: It’s the ability of the transmission. The ability to manage 400 miles of upshifting and downshifting.

With traditional four-speed transmissions, drivers tried shifting at Pocono. It may help to get the best RPM range. The same will also help acceleration for the track’s long straightaways.

This five-speed transmission of the Next Gen car may shift at Pocono. It will be critical as it may increase the risk of going wrong.

Kyle Busch’s transmission failed midway in the second race. He got stuck in fourth gear and failed to accelerate. It became difficult to return to top speed fast.

Imagine the race with features of the series to restart from that particular point. Chances existed high of a death sentence for Busch and the team.

Well, the race displayed a long green flag run towards the finish. Busch’s extra pit stop to repair his transmission proved to have more fuel than others. It allowed him to drive front and claim a victory. The win increased his chance to be a racing legend.

Who is the predicted winner?

Martin Truex Jr. (+1000): It’s a bit hard to accept this. The win of Christopher Bell got recorded last week at New Hampshire.

He announced his return to the Cup Series in 2023. Truex is leading by 281 laps in the last four races.

He emerged as a profound threat. The first was in Atlanta.

Chances are high that he will win both weeks in a row.

Truex is in the perfect mood to mark his playoff spot this Sunday.

Leicester cricket ground to be named after Sunil Gavaskar