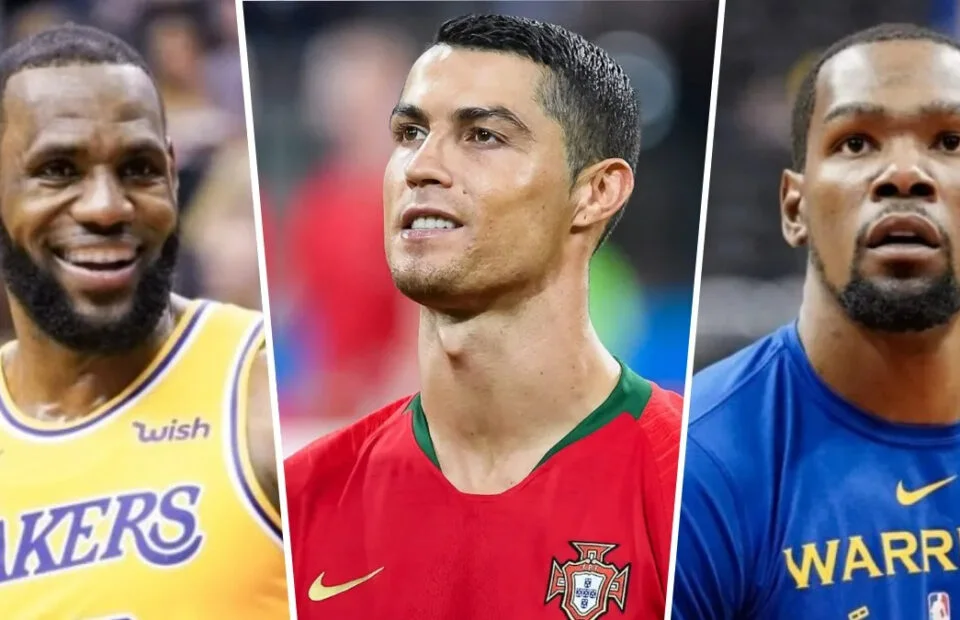 NBA stars featured in the top 10 most influential sports stars: A recent survey found that when it came to the top 10 most prominent sports figures in the world, the National Basketball Association (NBA) dominated the list.

American athletes, especially most notably players in the NBA, take the cake when it comes to being the most influential persons on the face of the earth.

An incredible new study reveals that basketball has virtually a monopoly on the top 10 athletes, with players such as LeBron James, Stephen Curry, Kyrie Irving, and Kevin Durant all featuring on the list.

The research investigates the social media followings, incomes, interest in merchandise, and Google search volume of the most prominent athletes throughout the world in order to identify who is the most influential.

In this section, we will discuss each NBA player who made it to the top.

On top of the list is Portland Trailblazers point guard Damian Lillard, who has been named to the NBA All-Star team six times and has spent his entire career playing in the state of Oregon. Interest in him has helped to increase, which has contributed to an increase in his impact figures. The fact that he is the face of his franchise and that thousands of children aspire to be like him has helped to increase interest in him.

Because of the combined 12 million people that follow him on Instagram and Twitter, he has amassed a tremendous amount of power on social media. Lillard, who is currently 32 years old, had just agreed to a hefty two-year contract extension with the Blazers that will pay him an amazing $112 million over the course of the next two years.

Kyrie Irving of the Brooklyn Nets comes in second place, continuing the National Basketball Association’s reign atop the list of the top 10 players. The great player, who is now 30, has had a very busy summer; nonetheless, his standing has not been negatively impacted by the fact that it is not yet known where he will play in the upcoming season.

Irving has always been a well-known person in terms of effect, and he presently has more than 21 million followers on social media. This is a large number, and it is far higher than the number of followers that some of the other celebrities on the top 10 list have.

Irving is surrounded by other NBA greats, including Giannis Antetokounmpo, sometimes known as the “Greek Freak,” who plays for the Milwaukee Bucks. Even though he is only 27 years old, he has become one of the most successful breakthrough stars in recent years. His stock price is expanding at the same rate as the number of people following him on social media.

He will make $42 million with the Bucks in the upcoming season, and fans have searched for his jersey the third-most often in the previous year, trailing only LeBron James and Stephen Curry in that category.

The huge search volumes are what has helped him get to such a high position on our list, despite the fact that he has a substantially lesser number of social media followers than his competitors.

Both the standout player for the Los Angeles Lakers, Russell Westbrook, and the shooting guard for the Philadelphia 76ers, James Harden, have a score of 9.18 on the influence scale, which ties them for sixth place.

Even though Harden makes a little bit more money and more people are shopping for his jersey, his former teammate from the Oklahoma City Thunder has eight million more Instagram followers, which puts the playing field even.

These two, who are currently 33 and 32 years old respectively, have had lengthy careers in the NBA and have had plenty of time to make their mark on the league as well as in the hearts of fans all over the world. They have been there, seen it, and can figuratively claim the jersey as their own.

Another well-known player in the NBA, Kevin Durant of the Brooklyn Nets is now at the very top of this list. Another player who, at the age of 33, has spent years cultivating his reputation as one of the greatest in the sport, is a player with whom we are familiar. He presently holds one of the top four spots in the standings.

The native of Washington does really well in all aspects of his life, including having a significant following on social media, high wages, and 156,000 fans yearning for his jersey each year.

The remainder of this summer will be filled with rumors around Kevin Durant as he gets closer to being traded away from New York, but regardless of what transpires, his stock will continue to be extremely high.

The Golden State Warriors’ Steph Curry came perilously close to claiming the position of number one. It is impossible to argue with his numbers, and the fact that he has won four NBA championships solidifies his position as one of the best players who has ever stepped foot on a floor.

Even though he has a deal with Golden State that pays him $924k per week ($48 million for the 2022–23 season), he earns more money than the player who is currently ranked first, but he still has a ways to go in terms of his social media exposure.

The fact that an astounding 476,100 individuals look for his name and number on jerseys each year is the only thing that can be considered a saving grace for him. That is by a significant margin the greatest number that any individual has on the list.

Who else except LeBron James deserves to be ranked first? Unquestionably the best basketball player who ever lived and also one of the most well-known people in popular culture all over the world.

The illustrious career of the Lakers player has seen him win championships in Cleveland, Miami, and Los Angeles, so establishing his standing as a winner in each of those organizations. He wears four different rings.

He has 122 million followers on Instagram, and 351,000 admirers place orders for his jersey each year. As a reward for all of his hard work, he receives an astounding $855,288 per week. When everything is taken into account, he has emerged as the most influential sports figure on the entire planet. 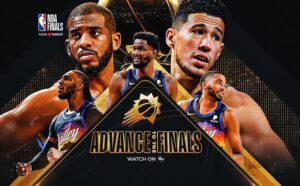 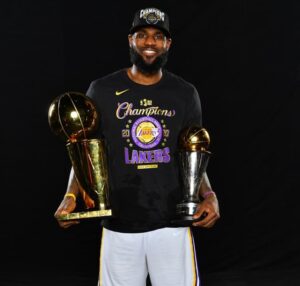 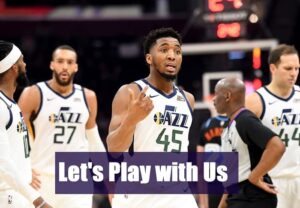 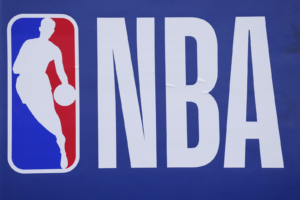 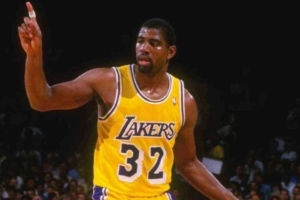 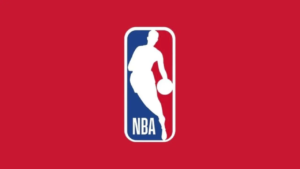 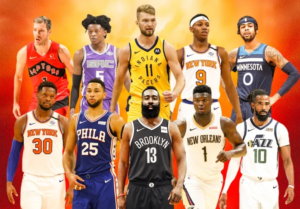 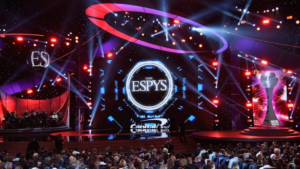 Klay Thompson, Stephen Curry, and the warriors were honored in the Espys Awards 2022 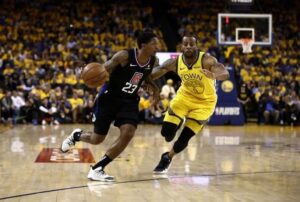