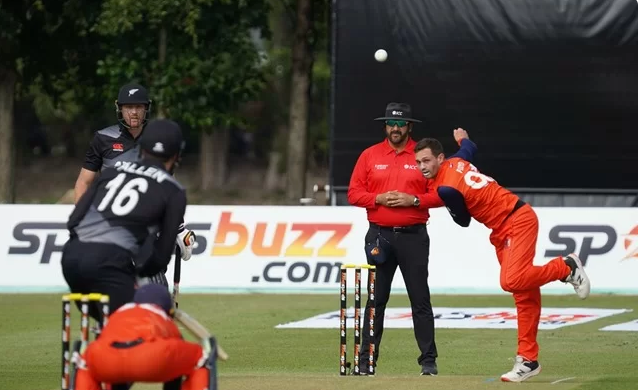 Netherlands vs New Zealand: Who Will Win The Match: New Zealand will want to continue its dominance in the second of two games against the home team, after winning Thursday’s first game. The final match of the T20I series is scheduled to take place at Sportpark Westvliet in The Hague, after Friday’s match.

The Men in Orange were limited to 148 runs in their allotted 20 overs, but they could not chase down New Zealand’s target, falling short by 16 runs during the first encounter. The home team expects to win the second and last T20I match.

The wicket at The Hague in the Netherlands had no pace, which allowed for slow bowling and a strong defense. A batsman can play at 160 on the wicket, so the captain should base their T20I strategy of first batting and then defending.

Martin Guptill scored 45 runs off 36 balls, stroking four fours and one maximum, in the first match of the day. It was good form for the senior batter who will want to continue with his good touch during the second game as well.

Blair Tickner impressed everyone with his bowling performance during the first T20I encounter. The right-arm pacer bowled for three and a half overs and picked up four wickets; 27 in total. Blair will want to do some more important wicket picking during his next appearance.

There is no doubt that New Zealand will be looking to win this match today and take home their first T20I series victory against Netherlands. The Dutch side has proved time and time again that they are one of the most talented teams in all of cricket, and they will not want to let this chance slip away. However, I think that New Zealand will be able to hold their own in this match and come out on top. Make sure you tune into Fox Sports NZ at 1pm AEST/10am NZDT for live coverage of the game!