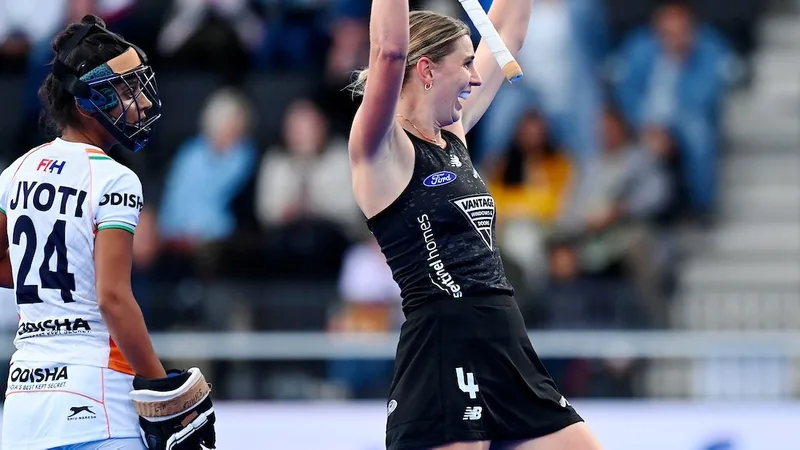 New Zealand and Argentina top the pools. England and Spain finish second in pool B & C; India and Korea take final places in cross-over matches. All four teams in Pool B started the day with equal chances of winning or losing their pool and working hard throughout the match.

England ultimately defeated China, sending them to the 13th-16th place playoffs, while New Zealand topped Pool A after a thrilling victory over India.

Defending champions Argentina cruised to a resounding victory over North America’s fourth-place team, Canada, in a far more straightforward Pool D matchup. In the wake of their victory over Korea, Spain climbed to second place.

Having finished in the top four, New Zealand and Argentina join the Netherlands and Australia in advancing directly to the quarterfinals and earning a few days off. England will play Korea, and India will play Spain in the cross-over game. There will be a rematch between China and the loser of Belgium and Chile, while Canada will face either Spain or India.

England vs China (Pool B)

After a tense first 10 minutes, England took the lead in this crucial Pool B match thanks to a penalty corner from Grace Balsdon. Balsdon expertly put away the ensuing penalty corner after England had made a quick break thanks to Lily Owsley’s speed and skill. Unfortunately for China, they also lost their referral because of a questionable challenge on whether or not the goal was scored through dangerous play.

A few minutes later, Owsley was at it again, this time beating two defenders before passing to Tessa Howard. A vicious shot from the forward was stopped by Liu Ping.

Argentina’s goal-scoring prowess put them on top of Pool C. The fourth-minute goal by Canada woke up Las Leonas.

Argentina took a deep breath and then decimated its PAHF rival. Julieta Jankunas began the scoring for Las Leonas with a jinking run and a lift.

However, Argentina scored. Albertarrio grabbed the ball from a Canadian defender and scored it. Maria Forcherio scored from a penalty corner, while Agustina Gorzelany added two drag-flick goals to bring her tournament total to six.

No one-way traffic. In the last minutes, Canada pushed. Brienne Stairs caused the Argentines to concede a penalty corner. Sara McManus’ first sweep hit the foot of the first runner, while her second and third re-awards were saved, blocked, and cleared.

Victoria Granatto was the MVP (ARG).

India vs New Zealand (Pool B)

India, who entered the World Cup in fine form, against New Zealand, who had no previous international experience.

India pressed for a second goal and appeared to be in control, but Olivia Merry’s penalty corner goal brought New Zealand back. Tessa Jopp scored for New Zealand in the first half.

India’s final quarter was similar. They won 12 penalty corners but either didn’t follow their rhythm or faced a resolute defense.

Brooke Roberts (NZL) was named the match’s MVP. We can relax. Coaches and players love it. We finished every game. We came here and played many friendlies to prepare.’

The struggle for second place behind Australia was an uncompromising and entertaining encounter to close pool play. Begona Garcia scored after Sara Barrios’ feed to her, beating Lee Jinmin.

Korea had chances despite being outshot and out-possessed. Spain’s offensive was temporarily halted by penalty corners in the fourth quarter. Melanie Garcia made several saves.

Sara Barrios scored Spain’s fourth and final goal. The forward took up the ball on the circle’s edge, avoided her defender, and shot confidently.

The final score ended the pool stages. All eyes are on Saturday and Sunday’s cross-over matches.

Sara Barrios of Spain won Player of the Match for her goal and effort.

Pandya inspires as India sharpens ahead of T20 World Cup