Next fight for George Kambosos: Where, When, and What We Know So Far About Devin Haney’s Rematch 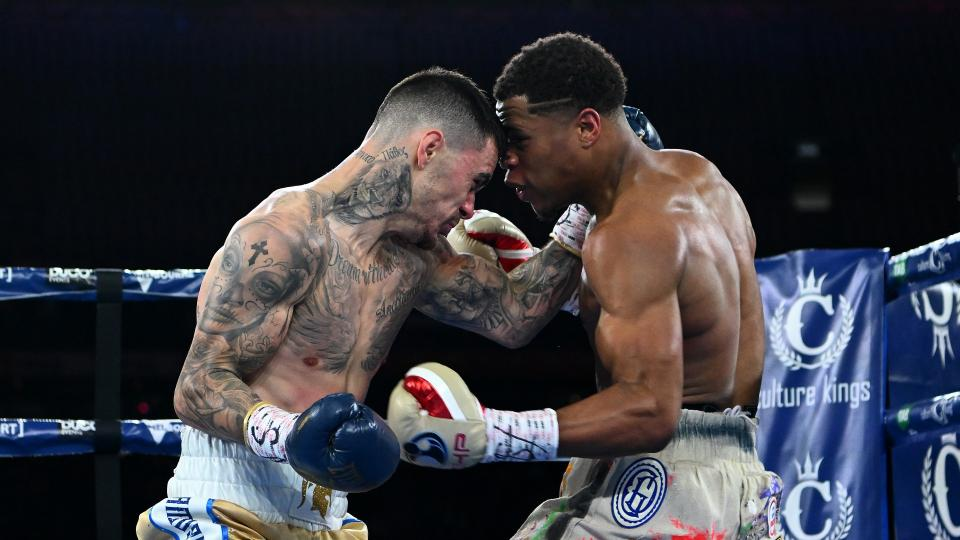 Next fight for George Kambosos: Where, When, and What We Know So Far About Devin Haney’s Rematch

Next fight for George Kambosos: Where, When, and What We Know So Far About Devin Haney’s Rematch. In a rematch for the undisputed lightweight world championship, George Kambosos will have the opportunity to exact instant retribution for his defeat at the hands of Devin Haney.

On June 5, Haney defeated Kambosos in Melbourne by unanimous decision, but due to a contract rematch clause, the Australian will have a chance to reclaim his championships.

When will Kambosos vs. Haney 2 be held?

Kambosos promised to invoke the contract’s rematch clause right away after the bout, and he soon followed through on that declaration. The next question was when and based on both combatants’ social media accounts, they had decided on a date in October. While Haney followed suit by posting a photo of himself with the text ‘October I’m back,’ Kambosos just shared a blank screen to his Instagram account with the word “October.”

We may guess when the match might take place by looking forward at the sporting events scheduled for the rest of 2022. Before the season ends on October 2, the NRL finals will be in full flow. The T20 World Cup and the Australian Moto GP start later in the month, thus early to mid-October is the most likely time to land due to the roughly two-week window of clear air before both events.

Where can I watch Kambosos vs. Haney 2?

Kambosos put on a huge performance at Melbourne’s Marvel Stadium for his first fight at home in five years. Without the appeal of the belts, Kambosos and his group could choose a more intimate setting. Qudos Bank Arena at Olympic Park, the same location where Tim Tszyu battled Takeshi Inoue in November, might be the top choice for the Sydney resident who desired to compete in front of his local supporters.

The newly constructed Allianz Stadium in Moore Park will also be operational by October if demand warrants it. We do, however, know that Haney was legally compelled to go back to Australia if a rematch was necessary.

The current lightweight world champions are Devin Haney, who has titles from the WBA, WBO, WBC, IBF, and The Ring. With his victory over Kambosos in June, the 23-year-old raised his record to 28-0. In order to avoid getting hit by Kambosos’ powerful strikes, “The Dream” used his jab to control the fight and his deft defensive techniques. Haney ultimately decided with scores of 118-10 and 116-112 x2. In order to turn the tables this time, Kambosos and his staff will have their work cut out for them.