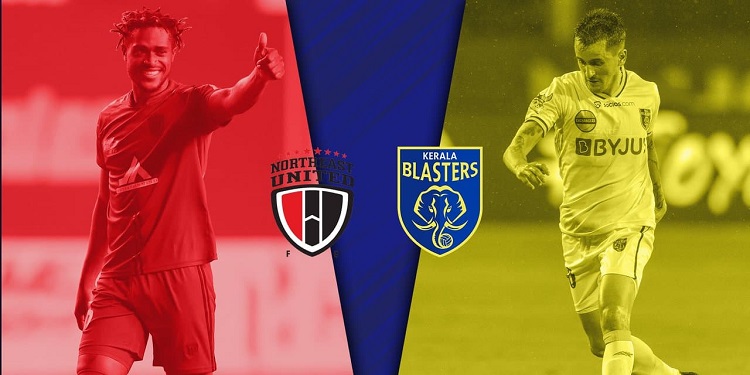 NorthEast United vs Kerala Blaster will be taking place at 07:30 PM (IST). NorthEast United has played in a total of 1 match in the fixture which they lost. The total points of the club on the league table is 0 where they stand in 10th position of the table.

Kerala Blasters have played in a total of 1 match in the league where they lost the fixture. They hold 9th position on the points table with 0 points in the table.

Check out more details about the NorthEast United vs Kerala Blaster match details, prediction, lineup, head-to-head records, TV coverage, and other information here on this page.

NorthEast United will be taking it over the Kerala Blasters in the upcoming match of the Indian Super League. It is going to be the 7th fixture in the league which will be rolling out at Fatorda Stadium.

The matches will be rolling out at 07:30 PM (IST). Here are the details about the match for the evening.

Looking at the gameplay for both the teams it is predicted that the team that will be making to win the fixture is the Kerala Blasters.

Winner Prediction is on the basis of analysis and final results will be out after the matches.

There have been 14 times where both the teams have been opposed to each other previously. Kerala Blaster has been the winner for the league for the past 5 times. NorthEast United has won the fixture four 4 times. There were 5 matches between the two which were a draw.