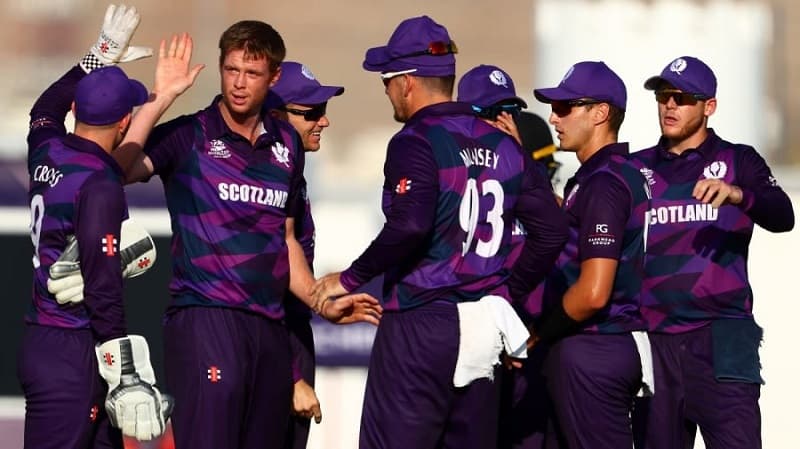 ICC T20 world cup is an electrifying tournament in which the 10th match is Oman Vs Scotland they are qualifying matches that are played on the ground and also on mobile phones.

This world cup starts from 17 Oct and the final is on 14 Nov, due to COVID it is shifted from India to UAE and Oman still BCCI is hosting this world cup.

Nowadays fantasy cricket is getting hype people are investing lots of their time in fantasy cricket, so here in this article you get to know the information about OMN vs SCO.

Today on 21 Oct they are going to play the 10th match of this world cup in Al Amerat Cricket Ground. In the point table, OMN is in 2nd position and SCO is trying to strengthen its hold.

Pitch is balanced it mostly supports both but is more helpful to bowlers, according to % team who chooses to bowl first won many matches as compared to choosing to bat first.

In 2019 they both play against each other where Khawar Ali has scored the highest 78 points, Alasdair Evans of Scotland has the highest points on the leaderboard with 97 fantasy points.

The last match Oman play is against Bangladesh where they defeated OMN by 26 runs, in this list Bilal Khan is on top with 105 fantasy points.

In head-to-head matches, there is a total of 3 matches are played in these two teams. OMN record is not quite good against SCO.

Batsman of OMN gains more points in fantasy cricket on the other hand Bowler of SCO gets the highest points in these matches.

Players whom you can select

Captain and Vice-captain of teams have 73 and 70 points Bilal Khan and Khawar Ali respectively they both can be X factor of team.

It’s time to choose The rounder player we suggest based on the last 10 games only.

The main focus of the game is on batsman Jatinder Singh of OMN has the highest points of 45, Aqib Ilyas and Calum Macleod both have 40 points per game.

M Cross is the best wicketkeeper to choose in fantasy cricket.

Squad of Oman and Scotland