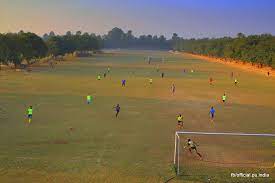 In August of last year, the PU Directorate of Sports announced its annual sports calendar. The competitions began in October.

This year, the admissions process has been delayed by a month, and sports activities are expected to begin early (before October), which is why players are requesting an early publication of the intercollegiate sports calendar. “We have begun the admissions process, and the schedule for inter-college championships should have been made available in advance.” “The teams must prepare in accordance with the annual sports timetable,” a senior functionary explained.

The calendar, according to the authorities, will be released following the announcement of the inter-varsity championships by the Associations of Indian Universities (AIU). “We have to wait for the AIU calendar before we announce our timetable,” a senior official from the PU Directorate of Sports remarked.

Another senior college official, however, stated, “Last year, the PU issued a provisional calendar without waiting for the AIU programme.” They might have done the same thing this year. Furthermore, the PU does not follow the AIU when it announces its admission process. As a result, there must be a means to make the procedure easier for the participants.”

“The calendar should be made public so that participants may begin working on it.” The camps can be rescheduled for inter-university competitions,” said Anant, a boxer.

Who will oversee the championships?

In the lack of a permanent Director (Sports), issues have been raised about who will be in charge of organizing the inter-college championships. Prof Prashant Gautam is the Directorate of Sports’ extra charge, and he is already trying to recruit important positions in the department. Dr Rakesh Malik, one of the deputy directors and the guy in charge of such tournaments, had joined Dr Harisingh Gour Central University, Sagar in April as Director (Sports) (MP).