QPR host Cardiff City at Loftus Road in the EFL Championship on Wednesday, with both sides having had contrasting seasons so far. QPR are currently fourth in the league, one point off the top of the table. Michael Beale’s side have been in good form of late, having won three of their last five games.

They will be going into the game off the back of a 3-1 defeat against Luton Town and will look to bounce back with a win against Cardiff this week. Cardiff City, on the other hand, are currently 18th in the league, five points above the relegation zone. Mark Hudson’s side have been in inconsistent form recently, having lost two of their last five games

The two sides have been in contrasting form of late and that should be evident on Wednesday. QPR will be without Chris Willock, Ethan Laird and Leon Balogun for the game. Meanwhile, Ebou Adams, Jamilu Collins, Mahlon Romeo and Rubin Colwill are all out for Cardiff City. QPR should have enough to get past Cardiff City based on form and quality. We predict QPR will win the game comfortably.

A selection of Sky Bet Championship games are being shown live across Sky Sports in October, November and December – here is how you can watch your team play via TV, online and the Sky Sports app; Highlights of every Championship match to be shown on the Sky Sports website and app 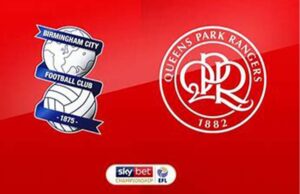