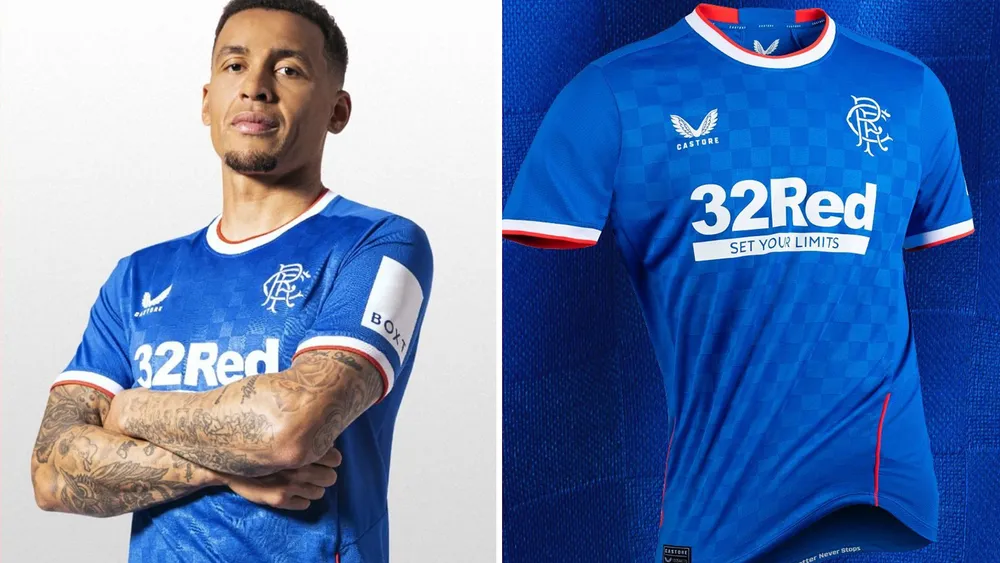 Similar to this season’s home shirt, the Castore-designed uniform pays homage to vintage away kits and incorporates the traditional scroll badge, suggesting that the club has completely abandoned the five-star symbol.

The kit had previously been leaked, which received a mixed reaction from fans, but the official pictures are far better than the ones on social media.

This season’s home and third uniforms for the Gers have already been released, and both have received a tremendous amount of support. The new away uniform is not expected to be any different.

Rangers last wore a similar style back in the 1980s when Paul le Guen was their manager, who had a disastrous tenure.

Like the home and third shirts, the away uniform will have Sportlemon Go branding on the back, but supporters will soon have the option of switching it out for the logo of the team’s new sponsor Socomec.

Many supporters are expected to purchase the new Rangers uniform.

Like the new home and away uniforms, Rangers supporters will undoubtedly purchase the new away uniform in large quantities, investing more money into the team.

Since becoming the club’s official partner a few years ago, Castore has undoubtedly produced the greatest home and away kits ever.

The shorts and socks have not yet been specified, although they will probably be red. Nevertheless, the Gers have hit the ball out of the park with this one.

The 2022-2023 Rangers home shirt by Castore features a design that was influenced by renowned garments from the past. On the club’s Instagram page, a video was posted showing some of the highlights from the previous campaign, including the women’s team winning the Scottish Women’s Premier League.

Could the Mavs Land Russell Westbrook?