In round three of the 2022–23 Ranji Trophy, 15 of the 19 games ended in victories. This featured some standout individual performances, a sweet victory for Saurashtra, dramatic victories for Assam and the reigning champions Madhya Pradesh. Here is a summary.

Vidarbha was on its way to winning the match for the third time in a row, but Jammu & Kashmir (J&K) had other plans for Nagpur. Vidarbha was in a strong position to chase 141 when they were 97 for 3 before losing seven wickets for four runs in 28 deliveries. They ultimately gave up for 101. Abid Mushtaq, a left-arm spinner, concluded with amazing figures of 8 for 18, leading the wrecking crew.

Vidarbha dropped to third position in Group D as a result of the defeat, while J&K moved up after their first victory. The fall of Andhra versus Maharashtra was as spectacular. They had an uphill battle ahead of them as they were 100 for 4 in their pursuit of 240. But their captain’s dismissal, Hanuma Vihari, let the floodgates open.

Andhra lost by 131 runs after going 6 for 8 and folding for 108. Mumbai and Maharashtra are now tied for first place in Group B. Both teams have 13 points after three games, but Maharashtra’s undefeated record is the key distinction.

Mumbai vs. Saurashtra has always been a one-sided contest. Mumbai completed both the finals in 2012–13 and 2015–16 in less than three days. Many Saurashtra players acknowledged experiencing a mental hurdle. But things are different now. Since winning the Ranji Trophy in the 2019–20 season, Saurashtra has been a side on the rise in all competitions.

The last-wicket partnership of Jaydev Unadkat and Chetan Sakariya batted out 17.2 overs to win a dramatic draw for Saurashtra in a thriller between the two teams earlier this year in Ahmedabad. Eleven months later, Mumbai was defeated by 48 runs early in the fourth day by a youthful side that was without its talismanic skipper Unadkat and veteran player Cheteshwar Pujara.

They had never previously defeated Mumbai in Ranji competition. The left-arm spinning all-rounder Dharmendrasinh Jadeja first took six wickets to help Saurashtra secure a critical 59-run advantage before scoring 90 runs in the second innings to set Mumbai a goal of 280. Before getting off track, Mumbai was cruising at 111 for 1, with Prithvi Shaw scoring 68. They were dismissed for 231 runs.

The 29-year-old opener for Karnataka, R Samarth, is in top physical condition. This season, he has led his team’s batting by himself, scoring three hundreds in three games. His most recent century, a 238-ball 140 that was also his 13th first-class century, lay the groundwork for a massive first-innings total that enabled Karnataka to defeat Goa by winning the first inning.

However, Manish Pandey’s scorching 186-ball 208 not out in his 100th first-class game eclipsed Samarth’s performance. It was a welcome return to form for Pandey, who had been under a lot of strain lately, especially after the selectors seemed to have warned the underachievers. The scores of Pandey’s first three innings were 10, 23, and 45. 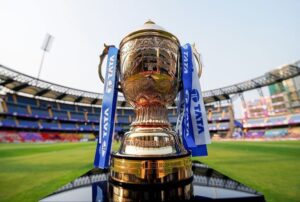 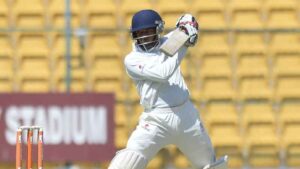 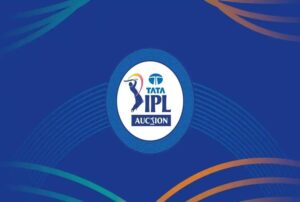 IPL 2023 full squads after auction: How each of the 10 teams stacks up you need to know

The complete list of Test, One-Day International, and Twenty20 International matches for the Indian Men’s Cricket Team in 2023