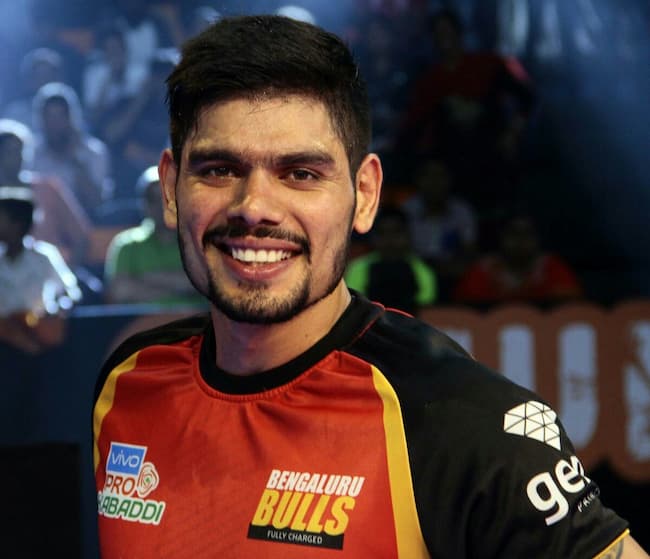 Rohit Kumar is an Indian professional Kabaddi player who plays in the Pro Kabaddi League. He was the captain of the Bengaluru Bulls kabaddi Team, in Season 6 and 7 of PKL, and in PKL season 8 he will play for Telugu Titans. Check Rohit Kumar Net Worth.

He was a part of the Indian contingent in the Asian Kabaddi championship 2017, 2018 squad for Kabaddi Masters Dubai and also in Asian games 2018. Rohit was in the national squad in the 2016 South Asian Games.

Check out his Career, Salary, and Total Net Worth.

Rohit Kumar established himself as a star performer in his debut season itself with Patna Pirates. He scored 109 points and was the Most Valuable Player of Season 3.

In Season 5, he picked up 32 points in a single match against U.P. Yoddha to cement his name among the best in the sport. Rohit Kumar has recorded at least 100 points in every single season since his debut in Season 3

Over the years, he has also proved his leadership ability and capacity to remain calm under pressure. In Season 6, he led Bengaluru Bulls to the VIVO Pro Kabaddi crown.

He was picked by Bengaluru Bulls in the fourth season to strengthen their attacking brigade and then again in the fifth season for a whopping Rs. 89 lakhs.

After a disappointing sixth and seventh season he was bought by Telugu Titans for 36 lakhs.

The total net worth of Rohit Kumar is Rs 8-15 Crore. His worth would increase in the coming seasons.