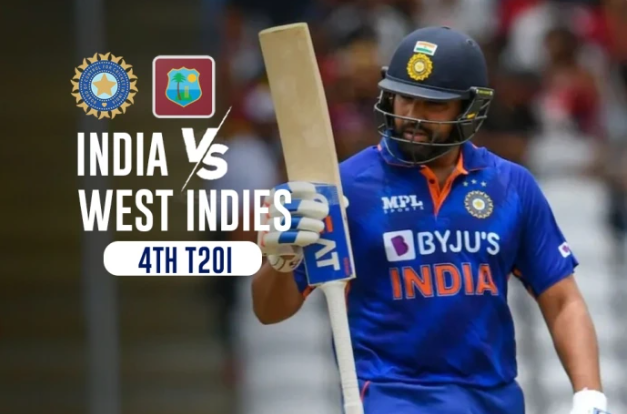 Rohit Sharma Ready to Join India: India captain Rohit Sharma is a major relief to the Indian cricket fan base. The team will play two games this Saturday and Sunday in Florida. On Tuesday, Sharma retired hurt after India lost to the West Indies in St Kitts.

After losing their captain to back spasm, the BCCI confirmed that Rohit had recovered and would be available to play in the next two T20 matches.

In a foreboding injury scare, India captain Rohit Sharma walked off the pitch in Tuesday’s 3rd T20 International against West Indies with the physios taking a quick assessment to decide if he should leave the game.

BCCI said ‘the medical team is monitoring his progress’, but Rohit Sharma later gave a positive update on his health as he appeared for the post-match presentation. Sharma said it was OK at the moment, and they have a few days until their next game before hopefully everything is fine.

It seems rigorously playing several consecutive games has taken a toll on the Hitman. He called for help during his second over of the innings.

After a short discussion, India was forced to forfeit the match due to their captain’s injury. Rohit was seen hobbling off the field clutching his back as he made his return to the pavilion in Basseterre.

There was a delay in baggage arrival from both the first and second T20, which resulted in a late start to the third T20.

Good news for Indian fans! Rohit Sharma and the Indian team now have their visas for Florida matches.

However, Ravichandran Ashwin and other players have already reached Florida. The rest will fly out of Guayana today.

Rohit Sharma and eleven other Indian members of the touring squad did not have visas to enter the US. But now that everyone in the team has cleared their VISA and the matches will take place in Florida.

India leads 2-1 in the 5 match T20 series against India and will get an extra rest day. The two games are scheduled for Saturday and Sunday and the teams are supposed to travel there by Thursday.