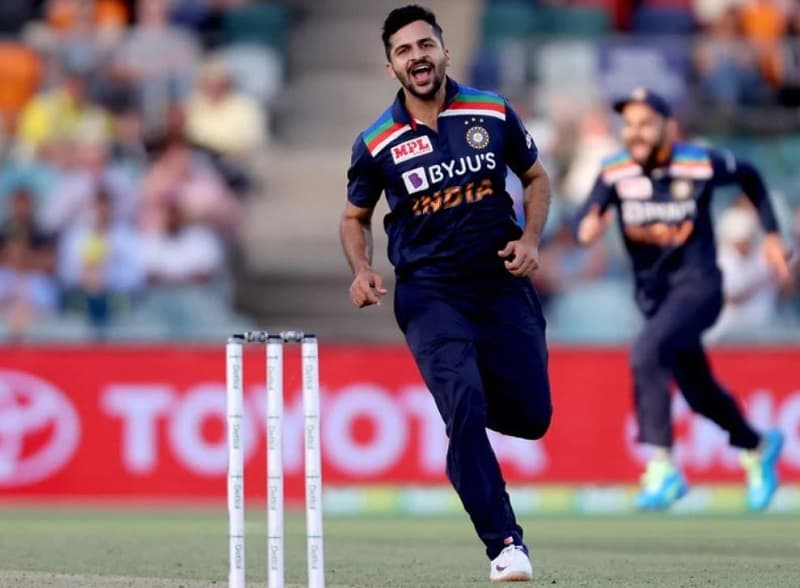 T20 World cup is going to start on 17 Oct in UAE and Oman. First India is going to host this tournament due to this harsh pandemic it is shifted in new venue.

This young player of India do a grant entry in team India at last point of time. He join this list as reserve players of Team India.

BCCI also stated that additionally eight players are joining the team’s bubble in Dubai to assist Team India in their preparations for World cup.

Performance of Shardul in IPL is amazing that is the only stair because of which he manage to reach at this position.

He is a key player of CSK in this season because they won the first qualifier against Delhi Capitals to reach final, In this IPL season Thakur took 13 wickets.

He took this wicket with mind blowing strike rate 17.5 that’s the key because of which he take entry in Indian team and replaces Axar Patel.

Yuzvendra Chahal is topping in chart of strike rate with 17.62.

Axar is also in good form in IPL but Jadeja get preference in playing eleven of Indian team, Shardul is also a seam bowler just like Hardik Pandya.

In fact Hardik Pandya didn’t get chance to bowl in IPL season 2021, if he is not able to prove himself in T20 world cup then it is not good for team India.

After keeping all these things in mind selectors chooses Shardul for maintaining balance in seamer Bowling line up.

Shardul cricket stats are quite impressive in T20 he total play 21 matches and took 31 wickets at an average of 22.29.