After that, Ms. Peng briefly vanished from public view. Later, she denied the allegations.

A “formal investigation” into her allegations was also called for by the Women’s Tennis Association (WTA).

The WTA issued a statement stating that it would not “compromise its founding principles” in order to organize events in China.

The WTA stated in a statement on Thursday, “We have received confirmation that Peng is safe and comfortable, but we have not yet met with her personally.”

The women’s tennis governing body told Reuters on Wednesday that it had still not personally met with the Chinese former doubles world No. 1 since she briefly disappeared last year.

In a post on social media in 2021, Peng accused the former vice-premier of China, Zhang Gaoli, of sexual assault.

The post was quickly taken down from the country’s internet

She later stated that she was retiring from tennis and that the post was “an enormous misunderstanding.”

The Women’s Tennis Association suspended tournaments in China as a result of Peng’s post, which is expected to cost the women’s tour hundreds of millions of dollars in sponsorship and broadcasting costs.

The women’s tour is expected to incur hundreds of millions of dollars in sponsorship and broadcasting costs as a result of the WTA’s stand.

In a 1,600-word essay published in 2021 on the Chinese social media platform Weibo, Ms. Peng claimed that former Chinese vice-premier Zhang Gaoli forced her into sex during a relationship that lasted for years.

The World Tennis Association (WTA) had to cancel tournaments in China as a result of international concern for her safety.

The former doubles world number one, on the other hand, stated afterward that she deleted the post because she “wanted to.”

She also called the situation a “huge misunderstanding” in tightly controlled interviews with foreign media outlets.

How a tennis star was censored in China Ms. Peng went to the Winter Olympics in Beijing in February,

But she hasn’t been seen outside of China since making the claims. In February 2022, she stopped playing competitive tennis.

Ms. Peng’s allegation has not been discussed in public by Mr. Zhang, 75.

At the 20th Congress of the Communist Party in October, he made a big impression.

He was seated in the front row of the podium for the event’s opening at the Great Hall of the People in Beijing, following Chinese President Xi Jinping and other former and current leaders. 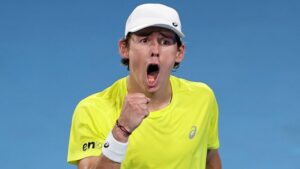 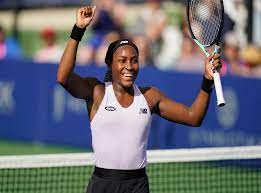 In Auckland, No. 1 seed Coco Gauff defeated fellow American Sofia Kenin in straight sets to advance to the ASB Classic quarterfinals for the first time 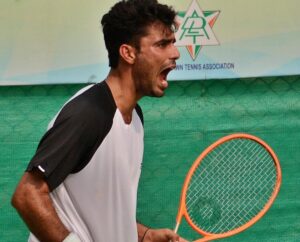