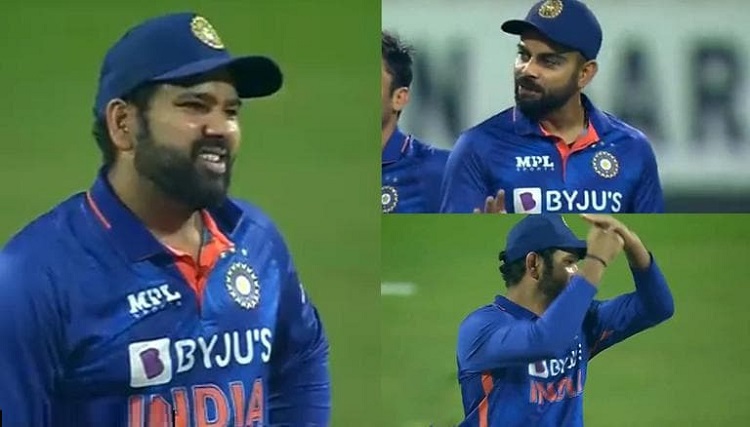 SL vs IND series is going on and yesterday on 24 Feb they play their st T20 match against each other in Lucknow where team India won this match.

In this match, Rohit Sharma has overtaken former Indian captain Virat Kohli and New Zealand’s Martin Guptill to become the number one player.

As we know that T20 is short of cricket where Hitman plays 123 matches and including the last match, they total make 3307 runs.

Now in International cricket, he is at number one position after New Zealand’s Martin Guptill is at the second position with 3299 runs from 112 matches.

He achieved this position as soon as he scored 37 runs in a match against SL.

Before the start of the match, Rohit Sharma was behind former Indian captain Virat Kohli and New Zealand’s Martin Guptill but now he has become the number one player.

These records which Rohit can make in SL vs IND series

Hitman can make a record in terms of sixes in the T20 format, In T20 International cricket, Rohit Sharma is in second place in terms of hitting most sixes.

While Martin Guptill of New Zealand is in first place with 165 sixes.

In third place is Chris Gayle, who has 124 sixes.

While Eoin Morgan is in fourth place, he has 120 sixes.

In the first match, Rohit Sharma scored 44 runs in 32 balls with the help of 1 six and 2 fours.

Now if Rohit Sharma hits 11 sixes in the remaining two matches against Sri Lanka, then he will become the batsman to hit the most sixes in this format.