Smriti Mandhana get injured while playing a practice match against South Africa, Before the world cup this is bad news for India 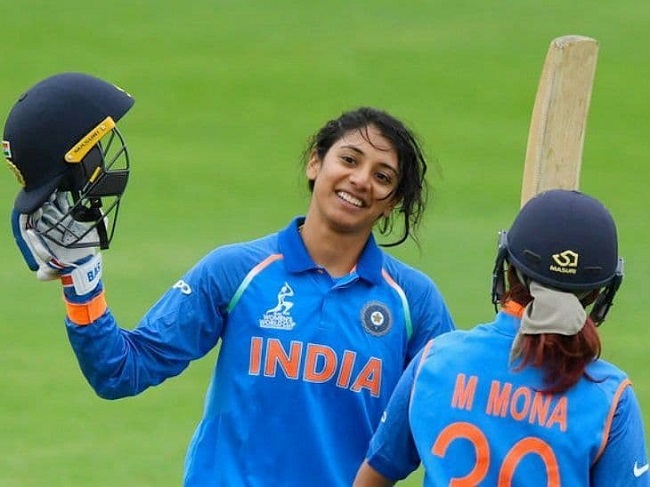 Team India’s batsman Smriti Mandhana has suffered a head injury in the practice match against South Africa before the Women’s Cricket World Cup.

However, the news of relief has been that he did not need a concussion and the doctors declared him fit. But after the injury, Mandhana had to leave the ground.

The Women’s World Cup is going to start in New Zealand on March 4. On 6 March India has to play its first match against rival team Pakistan.

Batting first, India scored 244 for 9 in the allotted overs. Harmanpreet Kaur scored 103 runs in 114 balls. While Captain Mithali Raj could not open the account

Chasing the target of 245 runs, the South Africa team could only manage 242 runs at the loss of 7 wickets. Captain Sun Luis scored 94 runs off 101 balls.

At the same time, opener Laura Wolvaert played an innings of 75 runs. Rajeshwari Gaikwad takes 4 wickets and becomes the most successful bowler.

The Indian women’s team now has to play its next warm-up match against West Indies on March 1.

Smriti Mandhana get injured in the ball of Shabneem Ismail

Mandhana was hit on the head by Shabneem Ismail’s bouncer at the very beginning of the match.

At that time she could score only 12 runs. The doctors examined Mandhana. According to the medical staff, the need for concussion is not in need.

She was declared fit to continue batting, but she walked off the ground as a precaution.

If we talk about the cricket stats of Mandhana then in T20 she totaled play 84 matches and make 1971 runs at an average of 25.9.