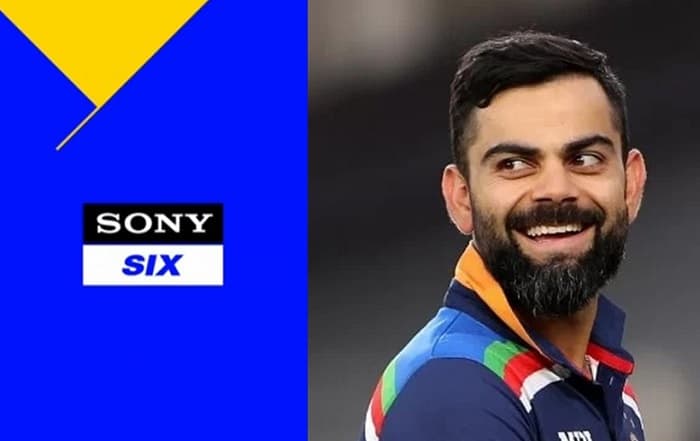 Sony Six is India’s one of the popular Sports TV channels. TV Channel provides live telecasts in English, Bangla, and Malayalam. It provides the live telecast of International as well as Domestic Games. The Sony Six Live Streaming and Telecast TV Schedule of many sports like Cricket, Football, Basketball, WWE, UFC, Mixed Martial Arts is available on Sony Six. So check out below the complete details related to Availability and a list of events that will air live on Sony Six. So check Sony Six Live Streaming Cricket.

TV Channels is owned and operated by Sports Pictures Network India. The Upcoming Season of CPL will kick off from 26th August 2021. So Indian cricket fans can watch the live telecast of all the live-action on Sony Six. India vs England Test Match is available Life on Sony Six TV Channel. Whereas Sony Six used to broadcast the live telecast of the Indian Premier League. But From the year 2017, TV Channel Stopped Broadcasting IPL.

The Popular OTT platform Sony Liv will provide the live streaming of all the programs air live on Sony Six. You can also download it on your mobile on your PC. While you can download the Sony Liv official App from play or from Google. Sports Lovers can also visit Sony Liv’s official website to watch live streaming. To watch the online live streaming you need to have a subscription to Sony Liv and also access to the Internet.

How to watch Bangladesh Premier League 2022 Live on Gazi TV?

The Franchise Leagues well as International cricket matches are available live on Sony Six. Pakistan Super League 2021 matches are rescheduled from 9th June. And the final will play on 24th June 2021. So you can watch the live telecast of All the matches on Sony Six and Sony Liv. Later Indian cricket team will face New Zealand, in the finals of World Test Champions 2021. So make you you catch the live telecast. Check Sony Six Schedule for Cricket Events, matches.

From 13th June 2021, Copa America 2021 Schedule will kick-off. A total of 28 matches will play and Brazil will host the Event. The Complete Schedule of Copa America 2021 is available on our website. So you can check it out and watch the Live Telecast of All the matches. Football fans can also watch the live streaming for Copa America 2021 on Sony Liv. Check Sony Six Schedule for Football Matches, Events.