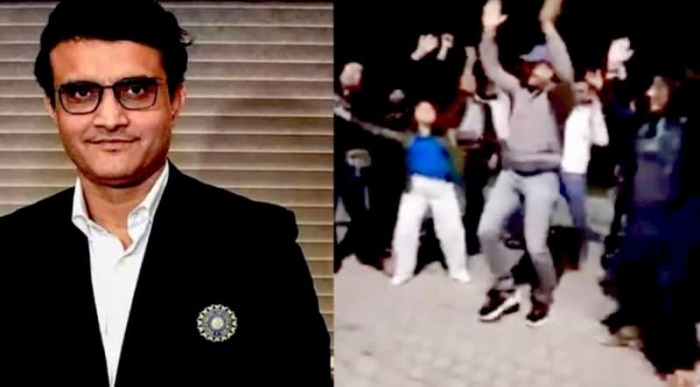 Sourav Ganguly, who remained the former India skipper and currently the Board of Control for Cricket in India (BCCI) President, celebrated his 50th birthday on Friday, and one of his videos has gone viral on social media. In that video, he can be seen dancing near the London Eye.

The current BCCI President was seen dancing to Bollywood music, and he was being accompanied by his daughter Sana and wife Dona Ganguly, among others in the video.

The video of Sourav Ganguly dancing near the London Eye has gone viral on Twitter.

Ganguly has been credited for creating a formidable lineup as captain, and India defeated Australia in the year 2001-02 Border-Gavaskar Trophy and famously staged a win against all odds at the Eden Gardens after Australia had asked the hosts to follow on under his leadership.

Additionally, Ganguly had also led India to the final of the 2003 World Cup match, where India lost to Ricky Ponting’s Australia in the summit clash.

Ganguly had also represented India in 113 Tests and 311 ODIs, scoring 18,575 runs across all formats. He had led India in 195 matches across all the formats and managed to win 97 games out of those cricket matches.

Ganguly had made his Test debut against England earlier in the summer of 1996, scoring a century in his maiden Test at Lord’s. The left-handed batter Ganguly also scored a century in his second Test match.

As soon as Dada or Ganguly became the skipper, he started grooming new talent. He has been credited for grooming future Indian cricket stars like Virender Sehwag, Yuvraj Singh, Harbhajan Singh, and Zaheer Khan, among others.

Cricket Stars vs Padova Dream11 prediction, Pitch and Weather report, Where to watch this match, Squad of teams