The first SA20 season would have the largest prize pool in South African franchise cricket, totaling 70 million rands, or approximately 33.5 crore rupees. In the year 2023, the SA20 premier league is expected to begin on January 10 and end on February 11.

Cricket South Africa reports that the league will have six teams, all of which will be sponsored by Indian Premier League franchise owners. The league’s management has announced a record amount of prize money for the winning team in an effort to “break barriers” in the various parts of the league.

33 games are scheduled between January 10 and 11. Additionally, each team will play twice in a double round-robin format prior to the knockout rounds. In contrast to the IPL’s standard playoff format, there will only be one final and two semi-finals.

The league’s goals are to increase the national team’s level of cricket play and provide young players with experience playing alongside established players.

Fans are taking advantage of the opportunity to witness the first SA20 Champions being crowned by purchasing tickets for the Finals and Semi-Finals before they sell out. Tickets for each of the six stadiums and the Tickets website are both available for purchase for each of the 33 games. 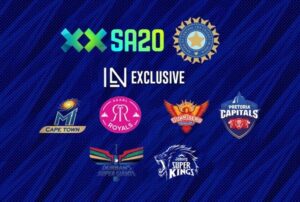 I have no idea why people do it. How many are tons compared to Afghanistan? Salman Butt debunks Virat Kohli’s critics