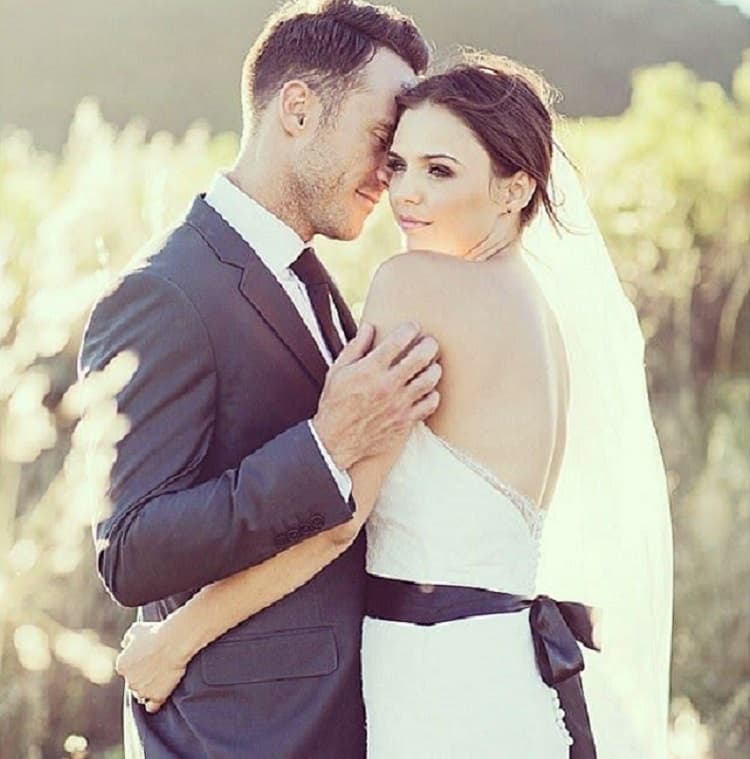 Cricket is the most fascinating game ever. It is a popular game worldwide. It has a fan following not only in India but overseas. Many cricketers have a following worldwide. So check South African Cricketers wife.

Here we talk about the beautiful wives of South African cricketers and their profession. There are beautiful love stories of them. We often see that their wives accompany them to the stadium during the matches.

Top 10 Most popular South African Cricketers wife and Her Profession

Look at the other details about the wives of the Top 10 most popular South African Cricketers.

Imari Visser is a wife of captain Faf du Plessis. They both met each other during the South African tour of Australia in 2012. She is a marketing enthusiast and they both fell in love with each other.

Apart from marketing, she is also a photographer, former model, and founder of the skincare brand ‘Nimue Skin Technology. The couple got married in 2013 and is blessed with a baby girl.

Sasha Hurly is married to Quinton de Kock. The couples first meet is very amazing to listen to. Kock was playing for the Highveld Lions and Sasha is a part of the cheerleaders.

They later met after the match and started dating. Later announces their engagement. The couple married in the year 2016 in Mauritius.

Carmen marries Mark Boucher in 2017. They both are in a long-time relationship and tie the knot in a close ceremony with friends and teammates.

The couple is blessed with their first child in 2018.

The childhood friends Marthamri Groenewald and Albie Morkel married each other in 2007. They were dating each other since a very small age. The couple is blessed with two children a son and a daughter.

Danielle de Villiers is the wife of popular cricketer AB de Villiers. The couple marries in 2013 and they are blessed with two kids.

Danielle de Villiers is a very active social world and she attends various events as a part of social activity. She is a music fan and wants to release her own album someday.

Aisha Baker is married to Wayne Parnell in 2016. She is a fashion blogger by profession and has a huge fan following. She is also named in the Forbes 30 Under 30. Aisha is also the winner of multiple awards in the Fashion industry.

She is the owner of the brand ‘Baked Collection’. They are blessed with a baby boy.

Charlene Engels marries a South African cricketer Jacques Kallis. The couple ties a knot in January 2012. It was a rand wedding where the entry cricketer team of South Africa made their appearances.

This is recently blessed with the first child in 2020.

Romy is married to a cricketer Graeme Smith. The couple is dating for a long time and recently ties knot. They are currently having five children from their previous marriages.

Sue is married to the South African cricketer JP Duminy. She is very popular as she has a huge fan following on her Instagram social media handle. The couple is dating for a long time and married in 2011 after the cricket cup.

She is a travel lover and owns her own blog on fashion and travel.