Stoke City will host Burnley at the bet365 Stadium on Friday in another round of Championship football. The home side have struggled to string together a consistent run of results this season but have now begun picking up points to avoid an impending relegation battle. They played out a 2-2 draw against newly-promoted Rotherham United in their last game, falling behind twice and coming back to draw level on both occasions.

Burnley, meanwhile, are enjoying life under manager Vincent Kompany and are now going full steam ahead in the promotion race. They picked up a clinical 3-0 win over Birmingham City in their last game, with Anass Zaroury and Connor Roberts getting on the scoresheet in the first half before Nathan Tella came off the bench to wrap up the points.

The visitors sit atop the league table with 50 points from 24 games. They will aim to continue their good run of form when they play this weekend to strengthen their grip at the top.

Stoke City are undefeated in their last three league games and their last four across all competitions. They have, however, won just one of their last five home games and could struggle here.

Burnley have won five of their last six games across all competitions. They have lost just one of their last nine away league games and should come out on top here.

Stoke City is going head to head with Burnley starting on 30 Dec 2022.

Barring any injury issues, Neil could stick with the Stoke XI which started the entertaining share of the spoils at Rotherham.

While Nick Powell is an option if Neil wants to play with more creativity in midfield, it appears unlikely against the best team in the division.

Harry Clarke is an option at right wing-back if Neil looks to move Jacob Brown back into the final third.

Kompany is also likely to keep changes to a minimum, even if he does feel tempted to rotate in a couple of positions.

Charlie Taylor is an alternative at left-back after providing an assist as a substitute versus Birmingham, while Nathan Tella may also return to the side.

Tip 3 – Both teams to score: YES (Both sides have found the back of the net in four of the hosts’ last five matches)

Stoke City vs Burnley Who Will Win

Burnley, To win This match. 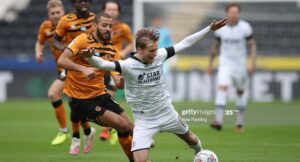 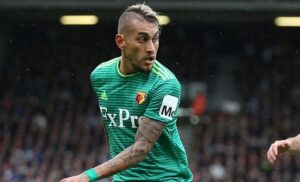 Gambhir: ‘There’s no discussion; Kishan should be Rohit’s opening partner in ODIs’