The first-ever BBL match will be played in Sydney’s North Sydney Oval, which will be a significant event for the venue. This stadium is mainly only used for domestic games. Many Women’s BBL games have taken place here, the most recent during the 2020-21 season.

The temperature in Sydney will vary between 16 and 24 degrees Celsius. In Sydney, Australia, the precipitation will be 74%, the humidity will be 82%, and the wind speed will be 19km/hr. 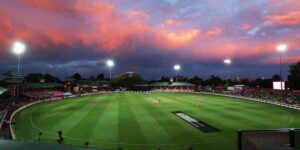