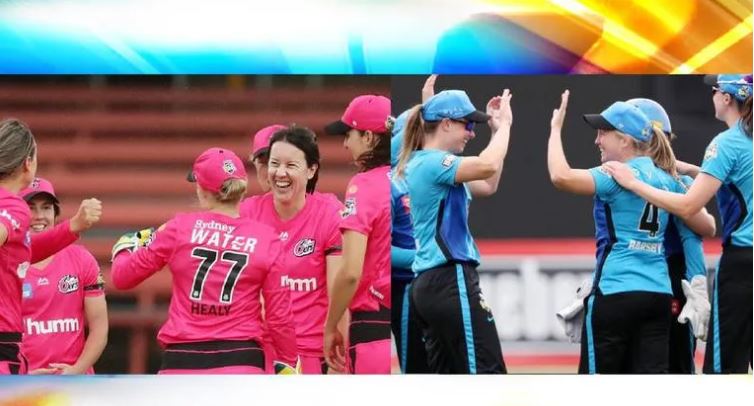 The Women’s Big Bash League 2022 championship game has arrived. At the North Sydney Oval, the Adelaide Strikers Women and the Sydney Sixers Women will square off. Both teams deserve to be the winners, and Saturday’s game promises to be exciting.

As the team with the most points, Sydney Sixers Women guaranteed their place in the championship game. They concluded the season with 23 points, winning 11 of their final 14 games. In this year’s competition, they are in high gear, and on Saturday, they will be aiming to improve.

In each of the WBBL’s first four iterations, Sydney Sixers Women reached the championship game. After three seasons, they have come back to stake their claim to the WBBL championship.

This year, the defending champions took first place in the points standings and automatically qualified for the championship game. Adelaide Strikers, a deserving opponent and the runners-up from the previous season, dealt them one of their two losses thus far this year.

The strikers advanced through the playoffs and into the championship game thanks to some outstanding performances. After making it to yet another final, the determined ADSW squad will be aiming for their first-ever WBBL victory.

The runners-up will play a powerful Sixers team that appears to be superior in every way. The Strikers would have optimism and confidence that they might duplicate their league-opening victory over the Sixers.

Erin Burns of the Sixers will stick in the minds of batters for her scorching knock of 71 from 38 balls, which almost cost them the game. The Adelaide Strikers’ primary player will be Megan Schutt, who has taken 9 wickets in the last two games.

In this season’s Women’s Big Bash League, both teams are deserving finalists. Both teams have been playing excellent cricket, and the championship game looks to be a thrilling contest.

The North Sydney Oval’s pitch is an excellent surface. The ball comes onto the bat nicely on this surface, which is why the hitters enjoy batting on it. On this surface, bowlers will need to maintain control of their lines and lengths.

The weather in Sydney is predicted to be between 16 and 28 degrees Celsius, which is perfect for a game of cricket.