Tamim speaks in support of the ODI format 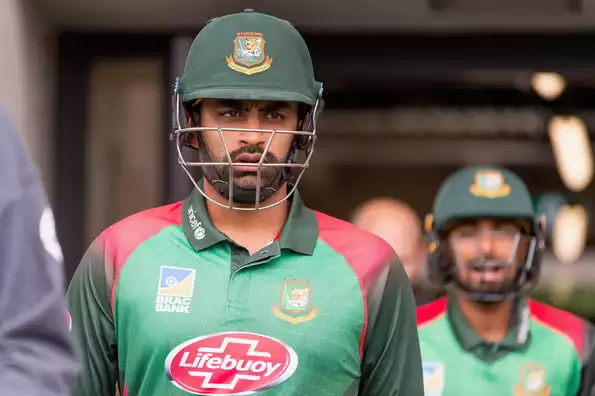 Tamim speaks in support of the ODI format

Tamim speaks in support of the ODI format: The cricket calendar has all space for T20 tournaments. ODIs are losing their significance and viability.

In this scenario, the format has received tremendous support from Bangladesh Captain, Tamim Iqbal.

The Bangladesh ODI captain considered the ODIs format “very important”. He echoed the same sentiment endorsed by the ICC recently. They showed concern regarding the future of 50-over cricket.

“I think the ODIs are a very important format. Not only me but the ICC also said it. Everyone likes to see matches in this format,” endorsed Tamim.

“If you see the big tournaments of the ICC, then the T20 World Cup is not as big as the ODI World Cup. This is a very important format in cricket.”

Bangladesh has occupied the second position in the ICC Men’s World Cup Super League standings. The team is at 120 points from 18 matches. The team is in the vicinity of confirming their direct qualification into the 2023 ODI World Cup in India.

The ODI series of Bangladesh against Zimbabwe is not part of the ICC Super League.

Before the three-match series, Tamim has urged his team not to take Zimbabwe lightly and “rectify their mistakes”.

“If we consider the strength of the two teams, we are ahead. But in cricket, the team that will perform on a particular day wins the game. Zimbabwe won in the T20Is against us because they played better than us. It remains the same here as well. And if we want to beat them, we have to play our best cricket. In their own conditions, they are a very dangerous side,” Tamim interacted with the reporters at Harare on Thursday.

“We have to rectify our mistakes while doing the thing that we did right so far. The main thing is that we have to maintain our process so that we can do well even in tough conditions,” he said.

Tamim is great as a leader. Tamim and his team have won five series on the trot before coming to Zimbabwe. Tamim’s winning streak as the captain began when Bangladesh defeated Sri Lanka on their home ground.

He helped his team to emerge victorious against Zimbabwe, South Africa, and West Indies. All these battles happened in their respective countries. In the last year, Bangladesh defeated Afghanistan at home.

However, Tamim has no mood to take anything for granted.

The Bangladesh ODI captain talked about the format and called it “very important” and crucial. He echoed the same sentiment that the ICC endorsed.

Zimbabwe appointed Chakabva as Captain of the team for Bangladesh ODIs