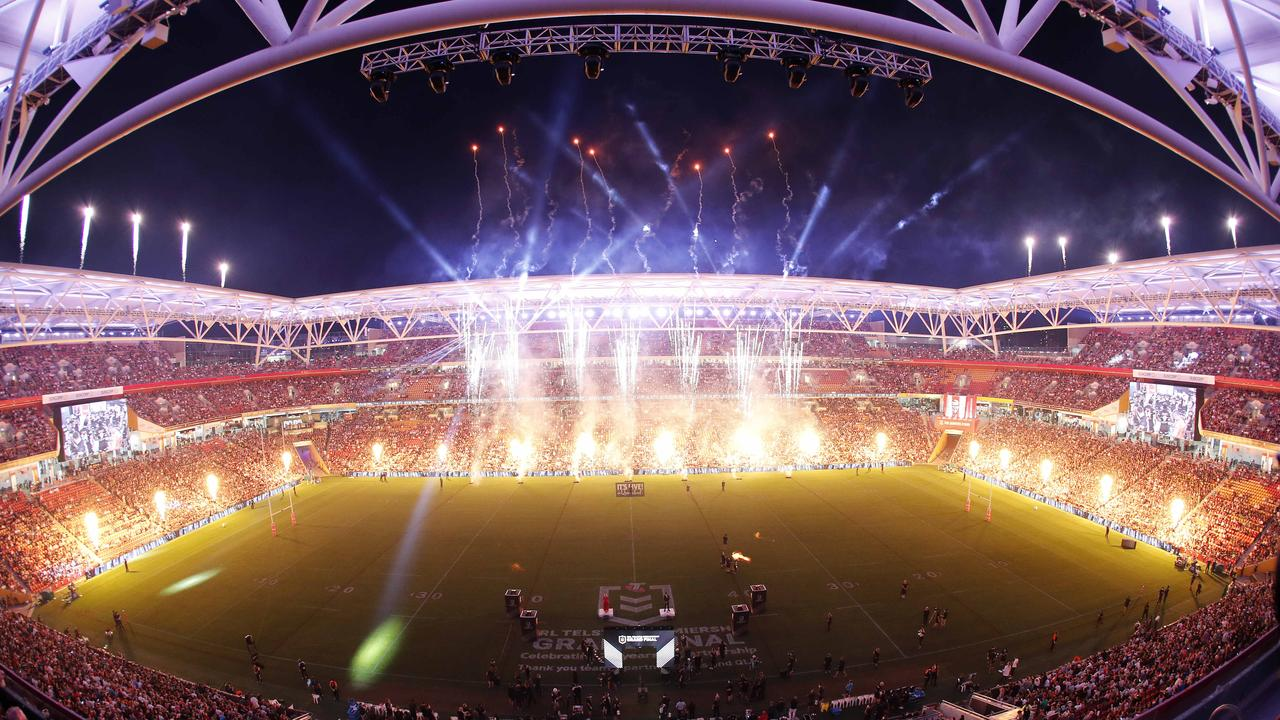 The $800m Sydney stadium negotiations could send NRL Grand Final to Queensland: Sydney is on the verge of losing the NRL grand final to its northern rivals. The NSW Government is rumored to have walked away from the $800m deal to upgrade suburban stadiums.

ARLC chairman Peter V’landys held a meeting with Premier Dominic Perrottet on the night of 1 August 2022. He hoped to confirm the deal if it makes way to revamp four stadiums.

The agreement would upgrade the mentioned stadiums – Brookvale Oval, Penrith Stadium, Leichhardt Oval, and Shark Park. If the upgrades are delivered, the grand final would remain in Sydney. The upgraded stadiums will hold the event for the next 20 years until 2042.

Penrith Stadium was also in the agreement. But it was shelved because $300m was decreased from the original compensation.

V’landys is fuming as the promise made in May to spend $800 million on stadium improvements is now in doubt.

“We are in delicate negotiations with the NSW government,” V’landys commented.

“All options will be on the table if these negotiations fail.”

In 2021, the Queensland government gave permission to continue the competition. All the teams were relocated into the ‘Sunshine State’ due to Covid-19.

As a result, the tournament was played at Suncorp Stadium. V’landys has been thinking to opt for Queensland to host the grand final again. If no deal is confirmed with the NSW government, The Suncorp Stadium will hold the finals again.

Mr. Ayres made a statement on Tuesday that the Premier’s negotiations are “ongoing” with the NRL. he revealed that there were “limitations” to the budget.

“We have been really clear with the NRL about the limitations that exist on our budget,” he revealed.

“We have invested well in excess of $1.5 billion. Part of that is to say that we would like to have a long-term commitment from the NRL for the grand final.”

During the Covid-19 pandemic, the $800 million upgrade of Accor Stadium was discontinued. The NRL used those funds for the suburban grounds. As a result, the grand final would likely be hosted in Sydney.

But in the present time, the money that was said to be allocated towards Brookvale, Leichhardt, and Sharks Park does not seem to be put towards upgrades.