The FIFA World Cup 2022 drama is ramping up to higher pitch, as the world’s top teams head down to the penultimate games — before the final encounter in the once-every-four years spectacle. For the six teams remaining — down from eight following the heartbreaking exit of Brazil and the Netherlands in the quarterfinals on Friday (December 9) — the team managers belong to a league of their own.

Scaloni is a former player and professional football manager who is the coach of the Argentina national team at the Qatar World Cup 2022.

As a player, he operated as a right-back or right midfielder. As a coach, his experience may be scant, but his unexpected success as Argentina’s coach — he was able to end a 28-year title drought and set a record of 35 undefeated matches — had a lot to do with his lack of coaching pedigree.

Since Argentina’s last title in 1993, experienced coaches such as Daniel Passarella, Marcelo Bielsa, Alejandro Sabella, Gerardo Martino, and Jorge Sampaoli have gone unnoticed. Scaloni was appointed head coach of Argentina’s national team by the Argentine Football Association (AFA) in 2018. Since then, he has overseen the transformation of the team into one of the best in the world.

Croatian association football manager Zlatko Dalić has strong links with football in the Gulf, especially the UAE. The Croatian professional football manager and former player has been managing the Croatia national team since 2017 and led them to a runners-up finish at the 2018 FIFA World Cup.

His work in the Gulf kicked off in 2012, when Dalić signed a contract with Saudi Arabian club Al-Hilal to manage their B team. On February 9, 2013, he made his managerial debut with Al-Hilal against his old club Al-Faisaly in the semi-final of the 2012–13 Saudi Crown Prince Cup. Dalić eventually led Al-Hilal to the cup title – the team’s sixth consecutive win–which was also Dalić’s second major title in his coaching career.

Gareth Southgate OBE is an English professional football manager and former defender and midfielder. He played in the 1998 FIFA World Cup and the European Championships in 2000. Between 1993-94, he captained Crystal Palace to the First Division title and also appeared for Villa in the 2000 FA Cup Final and Middlesbrough in the 2006 UEFA Cup Final.

Southgate earned 57 international games for England between 1995 and 2004. He started every game for England in the 1996 European Championships. After more than 500 league appearances, his playing career ended in May 2006, at the age of 35.

He was Middlesbrough’s manager from June 2006 to October 2009. From 2013 to 2016, he also led the England under-21 team before taking over as England national team manager in 2016. Southgate became the third manager (after Alf Ramsey and Bobby Robson) to lead England to a World Cup semi-final in his first tournament as England manager, at the 2018 FIFA World Cup, earning him the BBC Sports Personality of the Year Coach Award.

Didier Claude Deschamps, a French-Basque professional football manager and former player, has been running the France national team since 2012. He was a defensive midfielder for a number of clubs in France, Italy, England, and Spain, including Marseille, Juventus, Chelsea, and Valencia, as well as Nantes and Bordeaux.

Deschamps is known as an intelligent and hardworking defensive midfielder who excelled at winning back possession and subsequently starting attack plays. He also stood out for his leadership throughout his career. He has earned 103 caps and competed in three UEFA European Football Championships and one FIFA World Cup.

Walid Regragui is a Moroccan ex-defender and the current Morocco national team’s head coach. Regragui, who was born in France, has played for Toulouse, AC Ajaccio, Grenoble, and Racing Santander. FIFA has named Morocco’s head coach a “hero” – a component of the “magic formula” which led to Morocco’s historic qualification in the final 8 of the Qatar World Cup.

After retiring as a player, Regragui began working as an assistant coach for Morocco’s national team in September 2012. Rachid Taoussi’s contract was ended after he was fired as head coach on October 1, 2013.

On May 8, 2014, he was hired as the head coach of Fath Union Sport for the 2014-15 season. Regragui was hired head coach of Botola club Wydad AC on August 10, 2021, and led the club to its third CAF Champions League victory on May 30, 2022, after defeating defending champions Al Ahly in the finals. 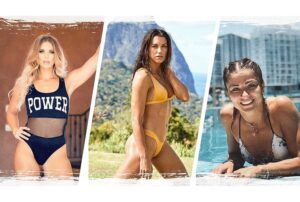 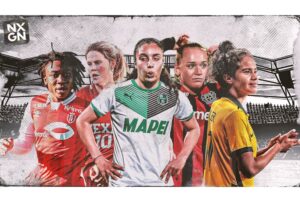