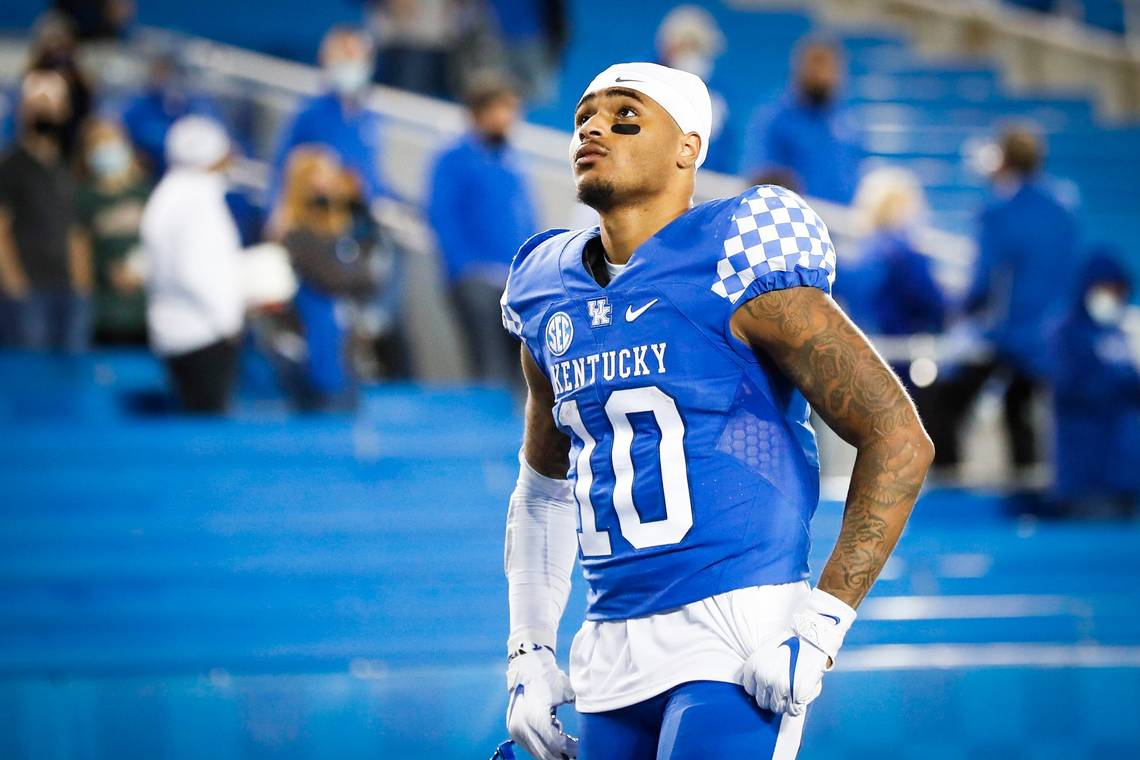 The top 100 players of the Stoops Era: Now that there are 29 days until Kentucky Football’s 2022 season opener against Miami (Ohio), it’s time to reveal the No. 29 ranked player in the Mark Stoops era of the Cats Pause 100 days until the kickoff countdown series.

Even though Rose played running back for the UK with stars like Benny Snell and Chris Rodriguez, he made a name for himself and averaged 5.8 yards per carry over the course of his career. He ended his time in Lexington as one of the top 10 rushers in school history.

Vince Marrow did most of the recruiting for Rose, and he joined Kentucky’s 2016 recruiting class as the 1,094th best player in the country, the 85th best athlete, and is also the fiftieth among the best players in the state of Ohio.

He chose the Cats over offers from Cincinnati, Indiana, Minnesota, Purdue, Syracuse, and several other schools.

After starting in the 2018 Blue and White Game, Rose made it to the point where he was the second back behind Benny Snell, who was the starting back and the program’s all-time leader in rushing.

On the season as a whole, he ran 71 times for 442 yards and five touchdowns. He ran for an average of 6.2 yards per carry and caught 8 passes for 82 yards and a touchdown.

In the first game of the season against Central Michigan, he ran for 104 yards and two touchdowns. Then, at Louisville, he ran for a season-high 112 yards and scored a 75-yard touchdown. He also ran for touchdowns against South Carolina and Murray State, and against Georgia, he caught four passes for 59 yards and a 31-yard touchdown.

In 2019, Rose became the Cats’ main running back. He worked with Rodriguez, Kavosiey Smoke, and wide receiver-turned-quarterback Lynn Bowden to create a strong running game.

He was second on the team in rushing yards, behind Bowden, with 826 yards on 149 carries. Rose ran for six touchdowns and caught 11 passes for 67 yards.

AJ Rose and his Game

Rose ran for 105 yards against Mississippi State and scored a touchdown against Tennessee-Martin at home. Against Arkansas, he ran for 90 yards, and against Eastern Michigan, Toledo, Missouri, Tennessee, and Louisville, he scored touchdowns.

In 2020, when Rose was a senior, he started all 11 games, beating out Rodriguez for the job. He ran for 666 yards and scored two touchdowns all year, and he caught 10 passes for 88 yards.

He had one of the best games of his career and the best game of the season in the Tax Slayer Bowl. The senior ran 148 yards on 12 carries and was named the game’s most valuable player.

When he left the UK, the 6-foot-1 running back had rushed for 1,971 yards, which put him 10th in program history. He ran for 13 touchdowns and scored a total of 14 during his career. He played in five bowl games and won three of them.

He joined the Minnesota Vikings in 2021 as a free agent who wasn’t picked in the draft. So instead, he spent the year on the team’s practice squad. Rose is now on the Los Angeles Rams, who won the Super Bowl last year.

Fantasy Busts 2022: a list of the most overrated players in order of “Do Not Draft.”