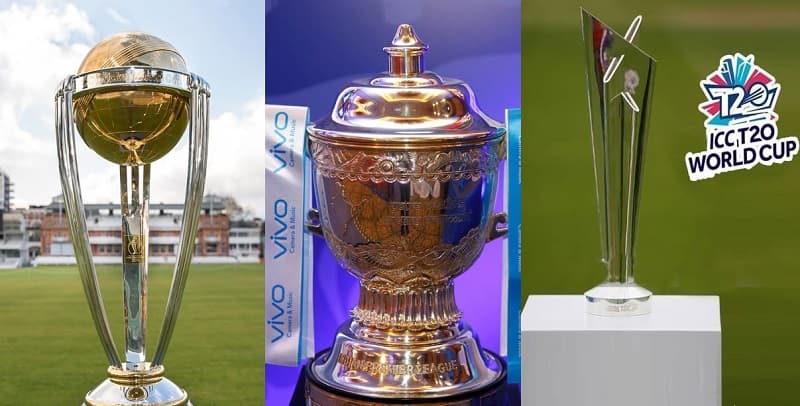 Cricket is one of the most famous and popular game all over the world, Each and every player or team have a dream to win the title of Cricket match as the year are passing on there have been some changes in the rule and new young players are welcome. Nowadays many young generations are trying their best to take part in different sports activities and encourage themselves. In cricket, there are ODI, Tests, and T20 being played but apart from this many cricket leagues are played. So now let’s check out the complete details about the Top 10 Best Cricket Tournament n the World Right Now.

It is one of the most prestigious biggest tournaments that take place every four years and also home to the best match in the world cup. The event has 4 stages the team put their all efforts hard work and all energy into it to win the title of the tournament as every cricketer’s dream is to hold their country name proudly and respectfully.

In the second one of the most popular tournaments, the weight of the trophy is approximately 7.5 kgs. The very first tournament has taken place in the year 2011 and India won it which make a huge impact on India and T20 became highly popular around the world. For the tournament the excitement level and energy level in unbreakable for any of the fans or players.

Ashes series is of two nations, two continents between England and Australia, There is a great story behind the name of it in short England defeat against the Aussies in the year 1882 and one of the Journalist wrote an Obituary for the remembrance of English cricketer who died. But Australia also promises that they will make a pledge that they will take the Ashes title with them and also they won the next series.

One of the most popular domestic tournaments is twenty20. Every year top played cricket nation participate, It is owned by three countries BCCI, Australia, and South Africa. In this stage, they need to prove themselves before moving next step which is IPL.

IPL many of may you have heard the title ‘IPL’ it is a tournament which unites Youngsters, International Player and Indian Player squad in which most of the matches gets very exciting as its the combination of glory, glamour and everything the tournament longs for 2 months and in every season of it have news.

It is a tournament which is held in England one day International tournament, it is one of the best and exciting tournaments one could ever watch. Each team meets twice in the series and the top 2 will go to the finale it’s basically like triangular series. One of the best tournaments was in the year 2004 where India won against England with over 324 which is something huge and a proud moment.

It is one of the most famous battles between two nations India and Australia, Some of the tournaments are very exciting and suspenseful ones. India is one of the very successful teams in each and every tournament that has been held these test match series were a tribute to India Sunil Gavaskar and Australia Allan Border to reach 10,000 clubs they were the first one.

It is one of the famous ones it is an official Australian series, the tournament always benefits the hosting team the tournament holds lots of fan popularity and they also make sure not to disappoint their fans.

It is one of the best sources of Entertainment and excitement the trophy weighs 7.5 kg and all the players try to give their best in it in any situation.

Every Series and Match is important in Cricket. Above are some famous tournaments that you can have look at.

Top 10 Richest Cricketers in The World