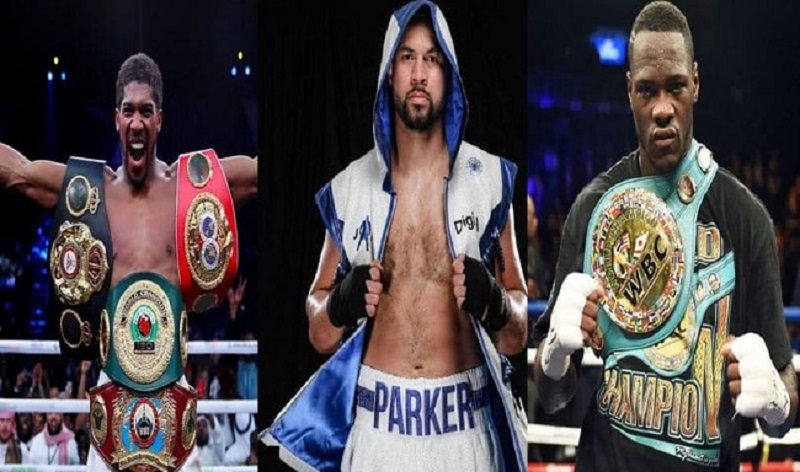 Heavyweight Boxing is one of the popular sport celebrated by many. Every fight is next level to watch and it’s all about who gives the best gameplay. So check the Top 10 Best Heavyweight Boxers List.

Tyson Fury is the top and the best heavyweight boxer in the world in 2021. He is one of the greatest boxers from Britain toping in the world ranking list.

He is the winner of the heavyweight championship in 2015. However, his career wasn’t a great kickstart as he had to take a break from boxing due to depression and drug abuse.

Tyson didn’t hold himself back as he made his best ever comeback in the year 2019 bagged two wins and got the title as the Deontay Wilder. However, the match did not end well as it was a draw. He also did excellent in his seventh round with the Wilder.

Anthony is from Britain holds the record for 24-1, 22 KOs. He is one biggest boxing stars for 2021. Anthony is the winner of the IBO, WBA, IBF, WBO Heavyweight champion titles. He is the winner of 22 knockouts out of the total 24 fights of him.

He has just a single defeat in his career that is against Ruiz. Later he defeats Ruiz in the rematch and grab the title.

Deontay Wilder is from America who holds the record for 42-1-1, 41 KOs. He has a commendable journey with 41 wins in the heavyweight division. Deontay is one of the most powerful and strongest players in heavyweight boxing. He holds the WBO heavyweight title in the year 2015.

He is successful in defending the title a total of 9 times. It was for the first time he lost the title of WBO in 2020. His fight was with Tyson Fury the number one.

His career is the is at the top level however, the next fight on July 24 is going to be more of a roller coaster.

Alexander Povetkin is from Russia who has a record of 36-2, 25 KOs. He has lost two games against Wladimir Klitschko and Anthony Joshua.

He won his last fight against Dillian Whyte in the fifth-round of the knockout bagging the biggest win of his career.

Top 5 Players With Most Sixes in T20 Cricket History

Andy is an American stand on position 5 on the world’s best in 2021 rankings. He has a record of 33-3, 22 KOs. Moreover, he is the one who is the winner of the seventh-round knockout and won the title.

Dillian Whyte a heavyweight boxer champion from Britain. He has a record of 27 -2, from 18 KOs. He has the best win in his career against Dereck Chisora, Oscar Rivas not once but twice, Lucas Browne, Rober Helenius.

Unfortunately the player Dillian Whyte has lost the title of the champion to Anthony Joshua.

Joe Joyce is from Britain with a record of 12-0, 11 KOs. He has a great career to date with a commendable win of 11 knockouts out of the total 12 fights he played.

He has a wonderful career where he won the fight with Daneil Dubois.

Oleksandr is from Ukraine who has a total record of 18-0, 13 KOs. He is one of the players who has been dominating the rings for the past five years. Oleksandr wins the heavyweight debut with Chazz Witherspoon.

He wins the fight during his 7th round knockout.

Joseph Parker belongs to New Zealand where he has a stupendous professional record. He won the championship except for his two defeats only. These defeats are during his fight with Anthony Joshua and Dillian Whyte.

He has a great record for the 31 fights and there are 29 wins and 2 losses in his career. There are 21 wins by the knockout itself with a 0 lost. He has a total of 8 wins by decision and 2 losses in it.

His most recent record has a win against the fight with Derek Chisora in the 12th round.

A professional heavyweight boxer from Cuban is in position 10 of the world record. He played a total of 36 fights where he has 32 wins. 27 wins are from the KOs whereas there are 2 losses and 2 from no contests.

He is one of the top players from the Cuban where he has international championship too.