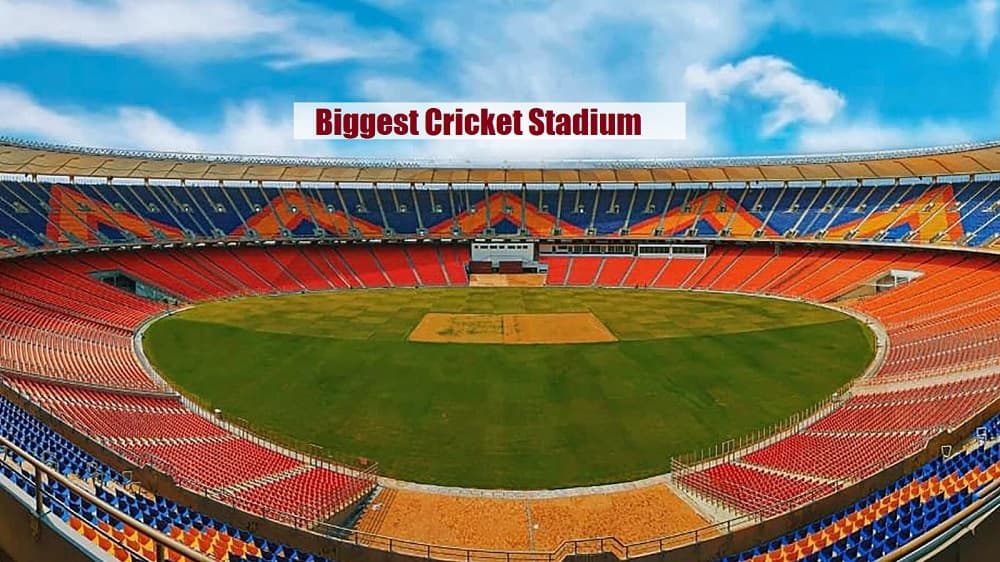 Cricket is not a game it is the emotions and love of cricket fans, cricket heat in India increases up as the Top 10 Biggest cricket stadiums around the world contain 5 India’s stadiums.

World’s largest stadium is in India that is named after Sardar Patel which is in Motera, Gujarat, After this India got five stadiums.

India will have five of the ten largest stadiums in the world.

In this article, we tell you the best and the largest stadiums in the world.

The fever of cricket in India is always up, but after getting the world’s no 1 stadium it reaches on different height.

The specialty of this stadium is that in ensuring rain doesn’t affect matches that’s the reason which many cricket lovers wish.

There is a total of four stadiums in these 10 which share position eight and all of them are in India.

Not only this, it is the home ground of the Indian team and Gujarat Team.

This stadium is on top before making of NM Stadium, Melbourne stadium is in Australia.

Melbourne Cricket Club made this in 1853 in Yarra Park in Victoria, not only this it is also known as G.

For the last 150 years this stadium host cricket’s popular tournaments which include the 2006 Commonwealth Games, 1956 Summer Olympics.

It has a capacity of  1,00,024 visitors, this stadium is the home ground of Australia, Victoria, Melbourne stars.

In the Cricket world India has a different position, Indian Cricket board BCCI also Important role in World cricket.

Eden Gardens is the second-largest stadium in India.

It is the oldest Stadium which was built-in 1864, Stadium has the capacity to hold  66,000 visitors.

Naya Raipur stadium is established in 2008 in Chattisgarh, it has a capacity of 65.000 visitors.

Shaheed Veer Narayan stadium first host a match in 2010 which is played between the Canadian national cricket team and the Chhattisgarh cricket team.

It has the capacity to hold 60,000 seekers, which is owned by Western Australian State Government

It is one of the most expensive stadiums in Australia, it cost around $1.6 billion.

R G International stadium has a capacity of 55,000 cricket fans.

In Hyderabad, RG stadium is spread in 63 acres of area.

IPL is the league that is mostly playing in this stadium.

The stadium is the home ground of the Deccan Chargers, Sunrisers Hyderabad, Hyderabad, and the Indian teams.

The final matches of the 2017 and 2019 Indian Premier League were played in this stadium.

This stadium not only hosts cricket matches but also Football, Soccer, Tennis, and Rugby Union.

Apart from all these things it also hosts musical concerts.

M.A Chidambaram Stadium is the oldest cricket stadium in India after Eden Gardens.

JSCA International Cricket Stadium has a capacity of 50,000 seekers.

The multi-purpose ground is used for football and cricket. the total budget of the stadium is ₹390 crore.

Stadium host a unique feature in which you can move your seat, In lower tier 4 section can move.

The Docklands Stadium, popularly known as the Marvel Stadium was inaugurated in 2000.

Sydney Cricket Ground is the tenth-largest stadium in the world, with a capacity of 48,000 visitors.

It opened in 1988 and apart from cricket mainly hosts rugby leagues.