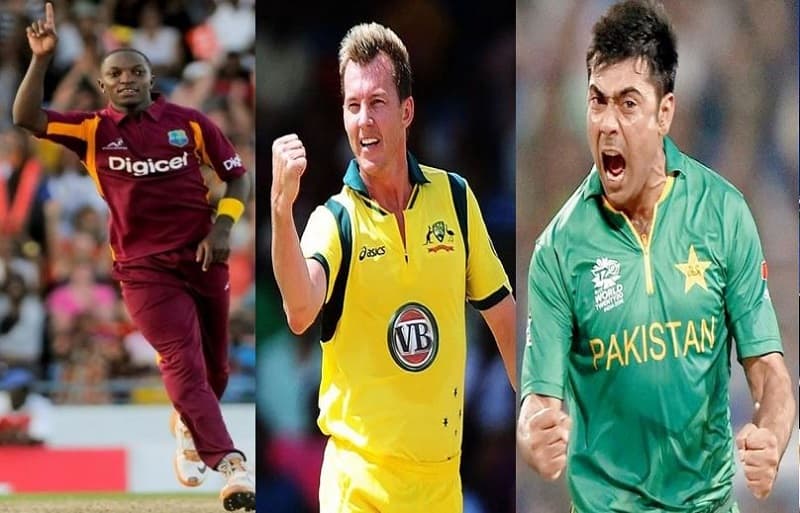 Cricket is one of the famous and widely popular game all over India, where bowling plays an important role in cricket there are different kind of method to do bowling some bowlers do fast bowling and some keep it slow there are some cricketers who have to make their name in fastest bowlers in the world. So check the Top 10 Fastest Bowlers in The World List.

So lets check out the complete details about the top 10 fastest bowlers given below.

Shane Bond played for New Zealand from 2002 to 2010 he is the fastest right arm bowler his fastest delivery time is 156.4km/h during ICC world cup 2003 he is currently the coach of Mumbai Indians in Premier League he is a bowling coach. Also, his best bowling performance came in a test match against Zimbabwe.

Mitchell is an Australian Cricketer, he is also one of the fastest bowlers of all time he bowled with a delivery speed of 156.8 mph (97.4 mph) His fastest ball was against England, and on the third day of the fourth Ashes test in Australia on Dec 13. He also wins the ICC Cricketer of the year.

Andy Roberts is one of the fastest international bowlers with the fastest delivery of 159.5 kph (99.1 mph) he is best known for delivering two different kinds of bounces, He has also made 10-wicket test hauls twice during his time. The US inducted him into their cricket hall of fame in October 2005.

The start is an Australian cricketer he is one of the fastest bowlers, with the fastest delivery speed of 160.4 kph (99.7 mph) his performance was incredible at WAC during the 3rd day of the second test between New Zealand and Australia he currently playing in-game.

Jeff Thomson is an Australian right-arm fast bowler with the fastest delivery speed of 160.6 kph (99.8 mph) he also took 200 wickets in a test match and 55 wickets in ODI in his active career. He was the first player to a hat trick in Twenty20 international cricket.

Brett Lee is an Australian Cricketer, he is the second fastest bowler with a delivery speed of 160.8 kph (99.9 mph) against New Zealand at Napier in 2005, he also helped his Nation to win World Cup twice in the year 2003 and 2007. He was the first cricket player to take a hat trick in twenty 20 international cricket.

Shaun is an Australian cricketer with the fastest delivery speed of 161.1 kph (100.1 mph) against England at Lords in 2010 he is mostly known for his ODI performance. In 2017 he announced his retirement due to an elbow injury at the age of 25 years.