Each and every second counts in football. From the opening to the last second of a football game, one can win or lose. Football evokes a wide range of emotions. Due to the nature of the football game, some days are happy and others are sad. The mind-blowing time at which the quickest goal in history was ever scored is revealed right here.

During the FIFA World Cup 2022, players will do anything to get their names on the scoresheet. With three goals, Enner Valencia leads all other contenders for the Golden Boot, while Bukayo Saka, Ferran Torres, and Lionel Messi are closely behind with two apiece.  The tournament has already seen a number of incredible goals, including Messi’s long-range power shot against Mexico and Richarlison’s acrobatic kick against Serbia.

When an early goal is achieved, the level of anticipation always changes. The game moves more quickly, and the underperforming team plays harder as a result. Alphonso Davies’ header against Croatia within the first 68 seconds of the FIFA World Cup 2022 match has so far been the tournament’s quickest goal. Even so, it wouldn’t be fast enough to rank among the top 10 fastest World Cup goals in history. The list of the fastest goals ever scored at a World Cup has more goals.

Portugal comes into this match after a disappointing performance against Ghana, which led to a 3-2 win. Though the game might have finished in a draw if Ghana had not blown a good opportunity. Portugal must now look ahead as they get ready to face one of South America’s powerhouses, Uruguay, in their second FIFA World Cup 2022 game.

Suarez and the rest of the team ought to be embarrassed by the performance they put out against South Korea, a dismal one in which they failed to muster even a single shot on goal despite having such gifted attackers. They will need to exert more effort because Portugal is a stronger team.

The goal was scored against Peru in the first World Cup, which was held in Uruguay in 1930, at the same time as its predecessor. Romania defeated Peru 3-1 in this match, but neither team advanced past the group rounds.

During the 1962 World Cup in Uruguay, the Hungarian scored this goal against Bulgaria. In this match, Hungary defeated Bulgaria by six goals. Hungary advanced to the quarterfinals before being eliminated by Czechoslovakia.

At the 1978 World Cup in Argentina, the Frenchman scored this goal against Italy. Italy rallied to defeat the opposition two goals to one.

Two of the fastest goals ever were scored at the same time during the 1938 World Cup. In the semifinal match versus Hungary, the Swedish international scored this goal. Hungary defeated Sweden, winning the competition, by scoring five goals while allowing just one.

The goal was scored by the French international against Belgium in the 1938 FIFA World Cup in France. On home soil, the French prevailed

This goal, the most recent in the list, was scored against Ghana in the Brazil 2014 FIFA World Cup. After slicing through a defender, Dempsey scored to give the USA the lead in a Group G match. While the USA won the match 2-1, Dempsey set a record.

Lehner scored the goal during the 1934 FIFA World Cup in Italy versus Austria. The goal was scored in the third-place playoff game. Germany eventually prevailed in the match and finished third in the competition.

During the 1962 World Cup in ChileThis goal was scored by the Czech international against Mexico during the 1962 World Cup in Chile, the Czech international scored this goal against Mexico. Mexico won in a match from the group stage. But Masek managed to secure his place in World Cup history by scoring the tournament’s first goal, which was equaled by Hakan Sukur 40 years later.

Turkey’s all-time leading scorer scored this amazing goal just 11 seconds into the contest. In a World Cup 2002 playoff game for third place, the goal was scored against South Korea. Currently living in exile in the US is the former Turkish international. Turkish team captain Hakan Sukur, who was 31 at the time, led from the front but was scoreless in Turkey’s opening six games, including their semifinal loss to eventual victors Brazil.  The former Inter Milan striker, though, came to life in the third-place playoff game against the South Korean hosts at the Daegu World Cup Stadium.

Hakan Sukur of Turkey scored the quickest World Cup goal in tournament history just 11 seconds into the match, and he added two assists in the 3-2 triumph. 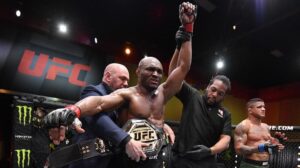