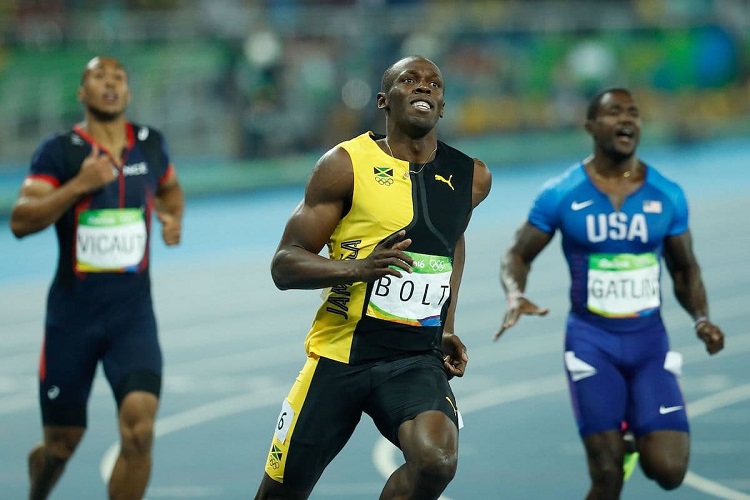 In this article we are going to tell you about the Top 10 Fastest Runners in the world, When we talk about runners first name which strikes our mind is Usain Bolt. Check 10 Fastest Runner In The World.

He is ruling the world for the last few years, In the last some days there are many male sprinters who are trying their best. In humans there, the normal speed of running is 19mph but men level up to 27mph.

Here you came to know the top 10 best runners of the world are running according to the record of 2020.

10 Fastest Runner In The World See Below Details.

In 9.58 seconds he completes a 100m sprint, he is the gold of Jamaica throughout his carrier he earns so many medals throughout his stint carrier., no doubt he is a legend.

Bolt has set such a record that no sprinter is able to break his record for decades, if you are an athletic lover then you must love Usain Bolt.

This American player completes 100m in 9.69s you will get shocked to know that difference between ranking is just the difference of points.

The day when he completes a 200m race in 19.58 he becomes the world’s second-fastest runner not only this he completes 400m in 45s.

He is also holding 2nd position with Tyson Gay, he completes 100m in 9.69s. After the Switzerland match, he became the second-fastest runner. At age of 19, he became the youngest man to finish the race in under 10 seconds.

In his success bag, he total have 14 golds, 4 silver, and 3 bronze. In 2020 her fans think that he became the fastest runner in the world but his age is a barrier to this progress.

This Jamaican player makes 100m in 9.72S. Before Usain Bolt, he is ruling world because he is on No 1 at that time,

Justin complete 100m in 9.74 records, In 2001, Gatlin was suspended from international sports when he was tested positive for amphetamine. This is a drawback. This causes a pause in his career.

He surprises the world with his mind-blowing performance to win the 2012 WIC in 60 meters. And also, in 2012, Gatlin in Summer Olympics he earns bronze

At age of 23 in 2019, he won a gold medal, people think if a drug test is done then maybe he came positive because it is tough for a player to win a medal on neutral ground.

His best record is made by beating Rieti in Italy and making 100m sprint in 9.78 seconds.

In his career, he get a hike in 2006 it is a lucky year for Nesta Carter he made his best first-ever performance now you all want to know the current status of this player.

He is not in good condition because he is trapped in a steroid case that is pulling his carrier in low lines.

A few years ago he is the fastest runner in five matches. not only this he won 5 Olympic medals which contain 100m record complete in 9.79s.

He is on top in a world record in 60m, he won Seville World Champion Gold, and he break the record of Donovan. Asafa broke his record in 2005.

When he is test positive on a drug test he left sprint and then he never return back in this field.

In this game he came second after Usain Bolt then he got a bronze medal in Beijing Olympics.

After all these achievements he is not able to maintain his speed as earlier and he is not running fast and like this, he also left field.