The real masterminds behind every victory in football are the managers. But they don’t get the credit they deserve for their efforts. However, the story has evolved over time. Notwithstanding the footballers partaking in a colossal lift in their profit, directors have likewise profited from the money infusion into the game.

Today, we will examine the top ten FIFA World Cup 2022 managers with the highest salaries.

The inclusion of Switzerland’s Murat Yakn on this list might come as a surprise to many of his admirers. After the Euros in 2020, the Swiss tactician took over the national team in August 2021. After achieving success in the domestic league with teams like FC Basel, he joined the national setup with a stellar reputation.

At the World Cup 2022, Yakin will be looking to demonstrate that his substantial spending is justified by his impressive performance thus far.

Since the Portuguese team has become one of the best in the world, his high salary is understandable. However, Santos is going to be under a lot of pressure at the World Cup because of his subpar performance at Euro 2020.

In the past few years, Qatar has been investing heavily in preparation for the 2022 World Cup. They have put a lot of money into the national team as well as the infrastructure. One of these examples is Félix Sánchez Bas’s appointment. Bas has shown great character for the Qatari team, even helping them win the 2019 AFC Asia Cup.

His career has advanced significantly since he joined the Argentine national team. He was Jorge Sampaoli’s assistant manager at the 2018 World Cup, but now he is one of the favorites to win the trophy. Scaloni has completely transformed the Argentine team, and his performance in Copa America 2021 was a shining example of his talent.

One of the veteran coaches heading into this World Cup is Gerardo Martino. Throughout his illustrious career, Martino has coached major teams like FC Barcelona and Argentina. Since joining the Mexican National staff in 2019, he has performed admirably for the organization thus far. He will try to lead Mexico to their best World Cup finish ever, and he has a good record there.

Louis van Gaal is one of the most successful coaches in the Netherlands and is responsible for the Netherlands’ dominance. The Dutch team finished third in the 2014 World Cup under Van Gaal’s leadership. He will hope to make the most of his experience despite being the oldest coach at this World Cup.

Tite has been the man in crisis for the Brazilian national team since their disastrous World Cup defeat in 2014. Under his leadership, Brazil has regained its former stature, and the World Cup is the last item on his agenda. Tite led the Brazilian team to the Copa America championship in 2019, but his ultimate goal is still the World Cup.

At the 2022 World Cup, he will be the third highest-paid coach. Deschamps won the World Cup in 2018. Since Deschamps assumed control over it, he has turned into an image for the French public. He is under a lot of pressure heading into the World Cup in 2022, and the players’ injury crisis hasn’t helped either.

In 2016, following the dreadful Euro 2016 campaign, Gareth Southgate took charge of the English team. He has since led the English national team to impressive results, but the only thing he needs to become a legend is a trophy. They reached the World Cup semi-finals in 2018 under Southgate’s leadership, and they won the Euro 2020 finals in 2020.

Hansi Flick is the World Cup’s highest-paid coach in 2022, and the money is well spent. At the height of his career, he left Bayern Munich in 2021 to pursue his dream of playing for the national team. Flick was Joachim Löw’s assistant manager during the World Cup-winning season of 2014. He will try to replicate his club’s international success after recent disappointments for German fans. 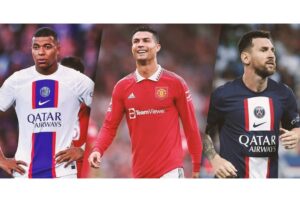 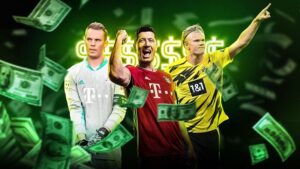 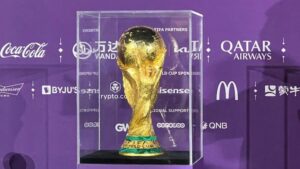 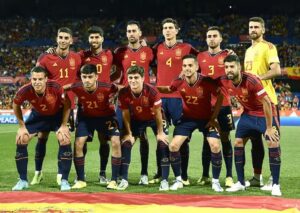 Positioning THE 2022 F1 DRIVERS FROM Most obviously terrible TO BEST